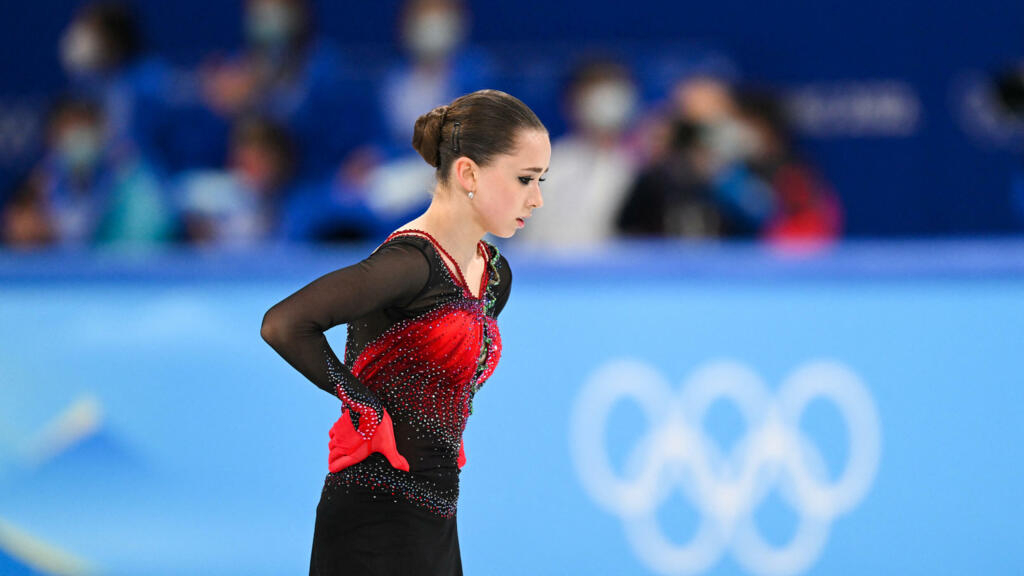 Russian skater Kamila Valieva, at the heart of a doping case, failed at the foot of the podium on Thursday during the free program. It was her compatriot Anna Shcherbakova who was crowned Olympic champion. Kamila Valieva skated her worst performance of the Olympic winter, with two falls.

Favorite but at the heart ofan embarrassing doping affair for a week, the Russian skater Kamila Valieva was only a shadow of herself during the free program, to the point of failing at the foot of the podium, Thursday, February 17, at the Beijing Games. Her compatriot Anna Shcherbakova, 17, is crowned Olympic champion.

Already reigning world champion, Shcherbakova won with a total of 255.95 points ahead of another Russian, Alexandra Trusova (251.73 pts), and the Japanese Kaori Sakamoto (233.13 pts).

The turmoil in which she has been caught for ten days will have finally prevailed for good: Kamila Valieva, only 15 years old and until then undefeated for her first winter in seniors, had only wavered during the short program Tuesday evening. This time, she imploded during her long program to the sound of Ravel’s “Boléro”.

Two falls, the first on a combination of jumps, the second on a quadruple jump, plus a triple axel with incomplete rotation and with a hand landing on the ice. The feeling, above all, of a permanent imbalance: the Russian teenager skated his worst performance of this Olympic winter, obtained only 141.93 points at the end, and a total score of 224.09 points, synonymous with fourth place.

Head in hands at the end of her performance, Kamila Valieva, who was the last to skate, then remained seated for a long time in the “kiss and cry”, shaken by sobs and barely comforted by her trainer, the stern and inscrutable Eteri Tutberidze.

For Valieva, everything had started well on Chinese ice, when she had greatly contributed to the victory of the Russian team in the team competition at the start of the Olympic fortnight.

But a positive doping test for a banned substance (trimetazidine) dating from December 25 and notified on February 8, the day after this inaugural success, changed everything.

Since then, Valieva, a pure product of the Moscow champion factory of Tutberidze, has been in turmoil. She was only allowed to compete at the last minuteafter the Court of Arbitration for Sport (CAS) confirmed on Monday afternoon the lifting of his provisional suspension initially applied by the Russian anti-doping agency (Rusada).

But the highest sports court did not rule on the merits of the case. If she allowed Valieva to skate the individual event on Tuesday and Thursday, it was because “preventing the athlete from competing at the Olympics would cause him irreparable harm”, observed the three referees.

While waiting for it to be established whether Kamila Valieva has doped or not, which could take several months, the International Olympic Committee (IOC) had thus decided not to award the Olympic medals for the event if ever this one finished in the top three. He had also planned to put an asterisk next to the results, “considered not final as long as the procedure continues”, explained the spokesman of the IOC, Mark Adams, on Wednesday.

None of that happened. A podium has been installed on the Olympic ice. The medals for the event will be awarded on Friday. And none of the names of the first three will be followed by an asterisk.

French women loyal to the semi-finals

Bamba Dieng, the heir to the Teranga Lions, is already leaving his mark