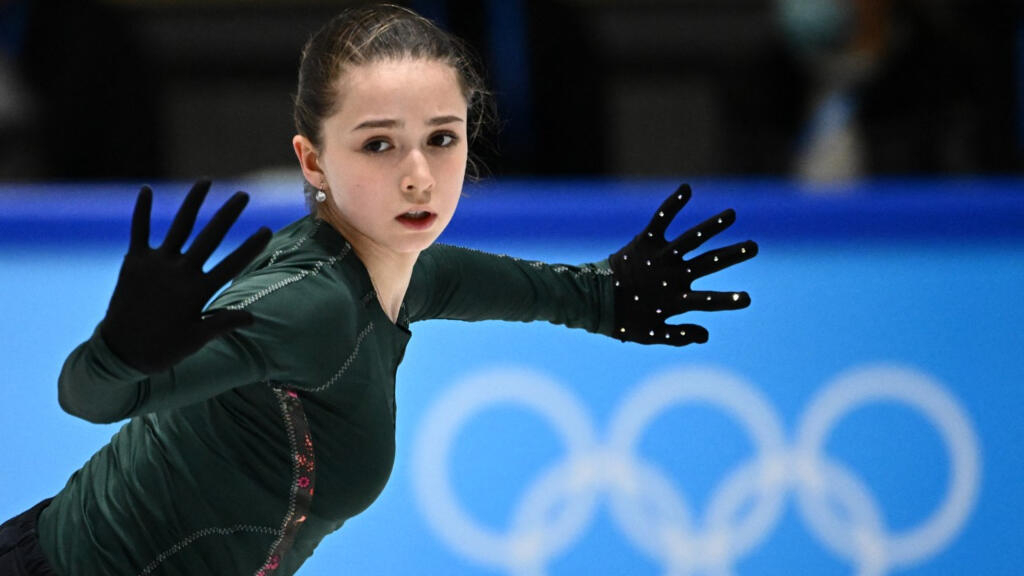 Russian skater Kamila Valieva was authorized on Monday by the Court of Arbitration for Sport (CAS) to participate in the Beijing Olympics after a positive doping test at the end of December. The International Olympic Committee (IOC), however, has announced that it will await a decision on the consequences of the positive doping control of the young Russian skater before awarding the medals for the events in which she will have participated.

Just over half an hour after the CAS decision, the 15-year-old skater was already on the practice rink. Tested positive at the end of December for a banned substance, the Russian skater Kamila Valieva was authorized on Monday February 14 to continue her Beijing Olympicswith the individual event on Tuesday, of which she is the overwhelming favourite.

Nevertheless, the International Olympic Committee (IOC) will await a decision on the consequences of the positive doping control of the young Russian skater to award the medals of the events in which she will have participated in the Beijing Olympics, he announced Monday.

The IOC considers it “inappropriate” to organize the ceremonies during the Games and prefers to wait for the merits of the case to be decided, which generally takes several months.

The Court of Arbitration for Sport (CAS), without ruling on the merits of the case, confirmed, earlier, the lifting of the suspension provisional of the teenager, decided last Wednesday by the Russian anti-doping agency (Rusada).

>> To (re) read also: “Anorexia, demands and doping: behind the skater Kamila Valieva, the shadow of Eteri Tutberidze”

“Preventing the athlete from competing in the Olympics would cause him irreparable harm,” observed the three referees, even though his young age (under 16) implies specific rules of evidence and lightened penalties.

The young prodigy can therefore continue to defend her chances of individual Olympic gold, from her first season with the seniors, even if nothing prevents her from being sanctioned within several months and seeing her results canceled there. included for the Olympics.

The women’s short program is scheduled from 6 p.m. local time on Tuesday (11 a.m. French time) and Valieva, who became the first skater to land quadruple jumps in Olympic history during the team competition a week ago, is scheduled to skate at 9:52 p.m. local (2:52 p.m. French).

The “systemic and widespread contempt” of Russia

Unsurprisingly, the Russian Olympic Committee quickly welcomed this decision, citing “the best news of the day”, followed by the brand new Olympic vice-champion in ice dancing, the Russian Nikita Katsalapov who said “to be very happy (with the decision), adding a “Allez Kamila!”.

Conversely, the Americans were just as quick to react but did not really take the same position. “We are disappointed with the message sent by this decision,” USOPC President Sarah Hirshland wrote in a statement.

“Athletes have a right to know that they are fighting with equal odds. Unfortunately today that right has been denied. This seems to be a new chapter in Russia’s systemic and widespread disregard for clean sport.” she.

The Russian teenager, a pure product of the severe Eteri Tutberidze’s champion factory in Moscow, has only 24 hours to refocus on the most important competition of her budding career, after several days of a huge storm.

Because it was not until last Tuesday, after the team event won by the Russians, that Valieva saw herself notify the positive result of a doping control directed by Rusada on December 25 in Saint-Petersburg, during the Russian Championships.

This “late notification”, by the Stockholm laboratory in charge of the analysis, “prevented the athlete from reacting” even though she had nothing to do with it, explained to the press Matthieu Reeb, the general manager of the TAS. “If the procedures had been settled in 10 days as usual, I would not be here,” he said.

The offending product is trimetazidine, a substance used to treat angina pectoris and banned by the World Anti-Doping Agency (WADA) since 2014, because it promotes blood circulation.

In the immediate future, this announcement has delayed the medal ceremony for the team event, which will “probably not” take place before the end of the Olympic Games, the spokesman for the International Olympic Committee announced on Monday morning.

Above all, it cast immense doubt on the future of Valieva’s Olympic destiny: temporarily suspended by Rusada at first, Valieva obtained the lifting of this measure the next day, for reasons that remained mysterious.

This led the IOC, but also WADA and the International Skating Federation, to appeal to the CAS against this decision.

The Tutberidze school in force, with or without Valieva

With the exception of a sound “hello” launched Sunday morning, accompanied by members of the Russian management, she remained silent each time she crossed the press area. She even hid her face behind her sweatshirt on Friday.

L’Valieva case began early last week, when the IOC announced that the medal ceremony for the team competition, won on Monday by Russia, which competes under a neutral flag, was postponed for “legal” reasons.

The Russian press then mentioned a positive doping control of Valieva, but it was necessary to wait for a press release Friday from the ITA, the body responsible for the anti-doping program of the Olympics, to have confirmation.

Even if Valieva had been suspended, Russian skating and the Tutberidze school kept arguments since her main competitors are also her training partners, precisely Anna Shcherbakova, reigning world champion, and Alexandra Trusova, world and European medalist, 17 both years.

The Valieva affair, when it is examined on the merits, could also revive suspicions surrounding Russian sport, whose reputation is already well tarnished in terms of doping by the scandal of the 2014 Olympics in Sochi.

PSG and Manchester ready ahead of their Champions League clash