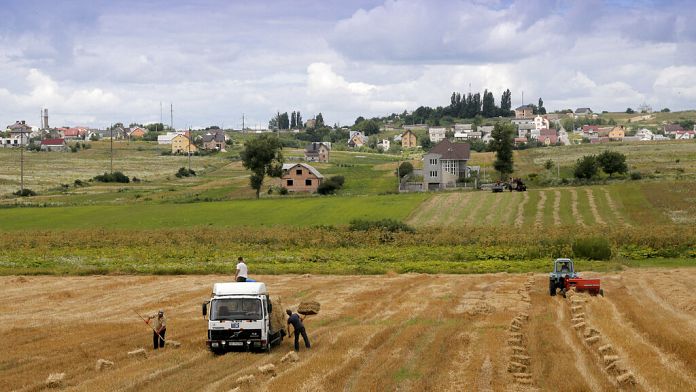 As a result of the war in Ukraine, the world is facing a potential food crisis. The EU wants to boost its agricultural production to cushion the blow.

As a result of the war in Ukraine, the world is facing a potential food crisis. Ukraine and Russia were previously two major grain exporters, but the conflict has caused prices to soar and threatens global supplies of staple crops such as wheat and maize. But how “How can Ukraine continue to sow under Russian bombardment?” Asked the Ukrainian president recently, Volodymyr Zelenskyand even if it could do so, what would be the solution for exporting today?

“Our seaports were the main delivery routes for crops and grain. Currently, they are partially or (completely) destroyed. A few hours ago, the grain port of Mykolayiv was destroyed by Russian bombs. We had a very large storage capacity there, everything was destroyed“, has explained Roman Leshchenkothe Ukrainian Minister of Agriculture, to Members of the European Parliament.

Wheat prices have spiked in recent days, as have rapeseed and sunflower oil prices. At least 50 countries depend on Russia and Ukraine for 30% or more of their wheat supply. I’AlgeriaI’Egyptthe Lebanonthe Syria where the Yemenin particular, are particularly concerned.

To compensate for the fall in its animal feed supply, the EU therefore seeks to inflate its production ; also to anticipate global shortages and alleviate the feared serious food crises in Africa and Asia.

Antony Blinken: “In case of Russian aggression in Ukraine, we will respond”