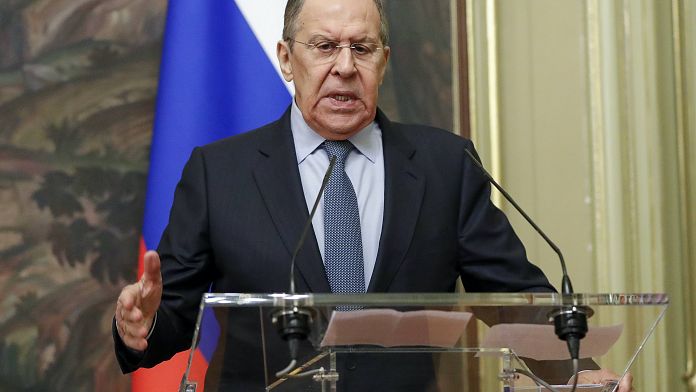 Russia is ready for negotiations with Ukraine if this country falls prey to a Russian invasion “lay down your arms”, Russian Foreign Minister Sergey Lavrov said on Friday.

“We are ready for negotiations, at any time, as soon as the Ukrainian armed forces hear our call and lay down their arms”he said at a press conference in Moscow.

The Russian Foreign Minister also assured that the objective of the Russian invasion of Ukraine was to “liberate” the Ukrainians “from oppression”, suggesting that Moscow intended to overthrow the power in place.

“President (Vladimir) Putin made the decision for this special military operation to demilitarize and denazify Ukraine so that, freed from this oppression, Ukrainians can freely choose their future”he said.

This veteran of Russian diplomacy also echoed the words of the master of the Kremlin, assuring that “no one is preparing to occupy Ukraine. The purpose of the operation is clear: demilitarization and denazification”.

Russia accuses without providing evidence Ukraine of committing “genocide” of the Russian-speaking populations of the east.

“We want the people of Ukraine, all Ukrainian peoples to freely determine their future”he said.