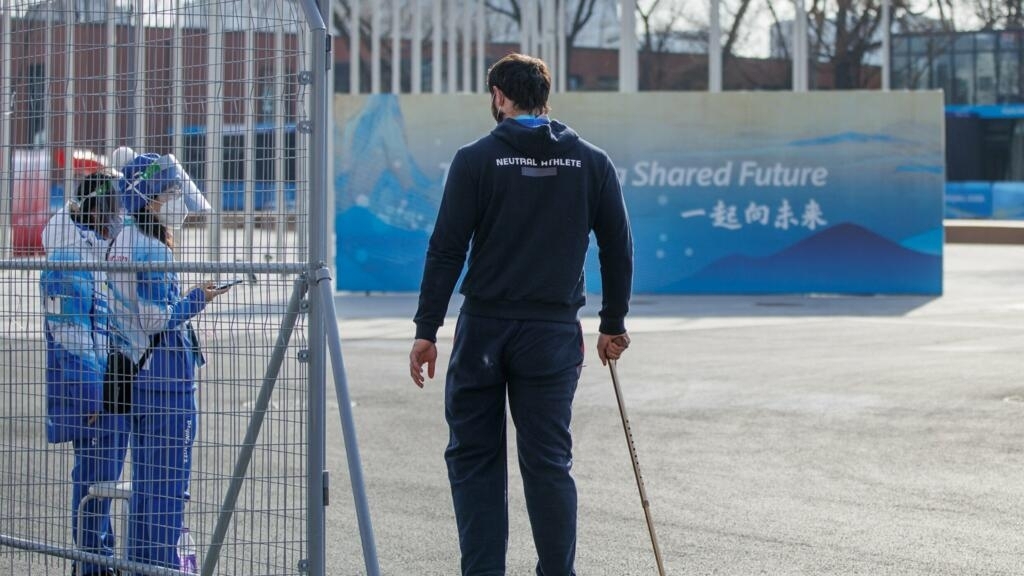 On the eve of the opening of the Paralympic Games in China, the International Paralympic Committee (IPC) has backtracked: Russian and Belarusian athletes will finally be excluded from competitions, even under a neutral flag.

The CJP backpedaled. The International Paralympic Committee finally announced, Thursday, March 3, the exclusion of Russian and Belarusian athletes from the Winter Games which start Friday in Beijing. Seized following theRussian invasion in Ukraine in which Belarus collaborates, the CIP had nevertheless announced on Wednesday that these athletes could participate in the Games under a neutral banner.

“You are the victims of the actions of your governments”

In a press release, the IPC justified its reversal by the fact that “teams and athletes are now threatening not to participate, compromising the chances of success of the Beijing 2022 Paralympic Winter Games”.

“The situation in the athletes’ village is deteriorating and guaranteeing their safety has become impossible,” added the Committee, on the eve of the opening ceremony of the Games, which take place in the Chinese capital until March 13.

The IPC Governing Board has decided to refuse the athlete entries from the RPC and NPC Belarus for the Beijing 2022 Paralympic Winter Games. https://t.co/8rE0szi8YE


During a press conference, the president of the IPC, Andrew Parsons, made a point of addressing the 83 athletes from the two countries concerned.

On Wednesday, his initial decision to let the two countries compete was heavily criticized.

“The fact of not excluding these two delegations is incomprehensible,” lamented the president of the German Paralympic Sports Federation, Friedhelm-Julius Beucher. “We argue according to rules, while in Ukraine we kill without any rules. This decision sends a totally bad signal.”

German Paralympic Federation Chef de Mission Karl Quade added from Beijing: “The most distressing thing for me was hearing the explosion of joy in the Russian pavilion next to ours when Parsons announced the decision.”

Andrew Parsons had explained that the statutes of the IPC did not allow the organization to exclude these athletes. In any case not before the organization of a general assembly scheduled for later this year.

He had thus urged participants in the Paralympic Games to treat “neutral athletes (Russians and Belarusians) as they would any other athlete”. “Unlike their respective governments, these athletes and officials are not aggressors,” he said.

Ukraine National Paralympic Committee are on their way to the Beijing 2022 Paralympic Winter Games. Picture of them from earlier today. 20 athletes and 9 guides ready to travel. Epic operation by many parties to get them here. #Beijing2022 peak:@ukrparalympic pic.twitter.com/53d2Kh4AVb


For its part, the Ukrainian team arrived in Beijing on Wednesday.

During the 2018 edition in Pyeongchang, the Ukrainians distinguished themselves with several podiums in skiing and biathlon. The delegation had won 22 medals (including 7 gold) and finished sixth in the nations ranking.

Following the Russian invasion of Ukraine, the International Olympic Committee (IOC) accused Russia of breaking the Olympic truce. He urged the federations on Monday to ban Russians but also Belarusians from all competitions.

Before the exclusion of Russia and Belarus, the Paralympics-2022 were to bring together some 650 athletes, who will compete in six sports (biathlon, wheelchair curling, sledge hockey, alpine skiing, cross-country skiing and snowboarding) . The opening ceremony is to take place on Friday.

As during the Olympic Games, the sporting event will take place in a sanitary bubble to prevent any leakage of Covid-19 elsewhere in China.