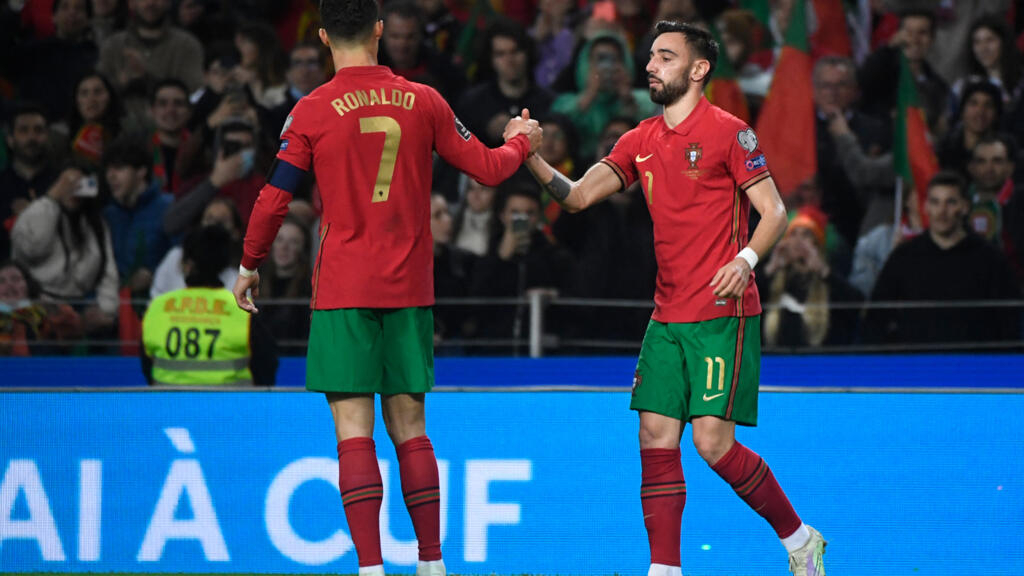 Cristiano Ronaldo will be at the rendezvous of a fifth World Cup at 37 years old. Portugal qualified for the 2022 World Cup by beating (2-0) North Macedonia on Tuesday March 29 in a play-off in Porto.

The 2016 European champions took the lead shortly after half an hour on a goal from Bruno Fernandes, served by Cristiano Ronaldo (32nd, 1-0). The Manchester United attacking midfielder made the break by scoring again in the middle of the second half (65th, 2-0).

The Lusitanians will participate in the eighth World Cup in their history, their twelfth consecutive major tournament. Faced with uninhibited Macedonians who had created the surprise by eliminating Italy., the Portuguese were slow to get a first chance.

As often, “CR7” launched hostilities. Well served in depth by Otavio, the five-time Golden Ball triggered a nice cross shot from the left, but it shaved the right upright of the opposing cages (14th). Macedonia reacted shortly after with a shot from Ezgjan Alioski on the side (20th).

Diogo Jota then thought he opened the scoring from a corner, the head of the Liverpool striker finishing just above (24th). Then, Portugal scored a goal 100% “made in” Manchester United. Bruno Fernandes intercepted a bad Macedonian pass and relied on Ronaldo who gave him the ball in the race, the playmaker concluding with a clear shot from close range (1-0, 32nd).

Returning from the locker room, Bruno Fernandes once again tried his luck, but his shot outside the box was well captured by the goalkeeper of the Balkan team, Stole Dimitrievski (52nd).

It was only a postponement, the attacking midfielder finishing a fine Portuguese counter-attack with an unstoppable recovery from a cross from Diogo Jota (66th, 2-0), definitively sealing his country’s qualification for the World Cup.

In the other qualifying match for the European zone of the evening, Robert Lewandowski’s Poland qualified by beating Zlatan Ibrahimovic’s Sweden 2-0 in the play-off final in Chorzow.

Directly qualified for this play-off final in the European zone after the exclusion of Russia following the invasion of Ukraine, the Poles took the lead thanks to a penalty obtained by Grzegorz Krychowiak.

Wearing an armband in the yellow and blue colors of Ukraine, Lewandowski set off and the Bayern Munich striker did not tremble (50th), scoring his 9th goal in 9 matches in this qualifying campaign. Then Piotr Zielinski doubled the bet (72nd), offering Poland a second consecutive participation in the great planetary gathering.

It’s cruel for “Ibra”, who has come out of international retirement to dream of new heights with Sweden. But nothing went as planned for the center-forward of AC Milan (40 years old), deprived of the Euro in the summer of 2021 due to an injury, and now ousted from the World Cup-2022.

Ibrahimovic thus joins a cohort of stars deprived of this great meeting, such as the Norwegian Erling Haaland, the Egyptian Mohamed Salah or the Italian European champions, all confined in front of their television set next November.

There will be one last ticket to be awarded in the Europe zone: Ukraine, whose match has been postponed, will face Scotland, and the winner of this confrontation will challenge Gareth Bale’s Wales.