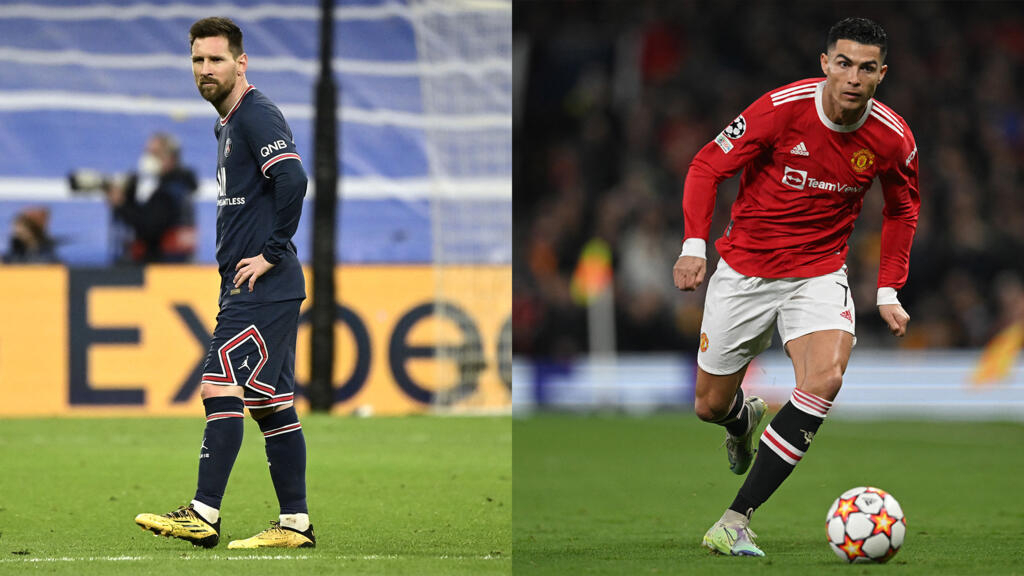 Messi and Ronaldo will not be in the quarter-finals of the Champions League for the second consecutive year after the elimination of the Portuguese, with Manchester United on Tuesday, and that of the Argentinian last Wednesday with PSG against Real Madrid.

Madrid are no longer succeeding superstars Lionel Messi and Cristiano Ronaldo. The Argentinian PSG was sadly eliminated by Real Wednesday, March 9, while Atlético took charge of getting out of the Portuguese striker, a symbol of Manchester United’s impotence. The two living legends, who have reigned over the last decade of football, are deprived for the second consecutive year of Champions League quarter-final. What confirm the diagnosis of the decline of the two multiple winners of the Ballon d’Or.

Failed raises in Manchester and PSG

Leaving Juventus this summer, eliminated by Porto in 8and C1 final last year, Cristiano Ronaldo was still full of ambition. His return to Manchester United, club where he had exploded and lookinglike him, from his lost glory, had given birth to the hope of a beautiful story where team and player would have reconquered the heights hand in hand.

The inglorious elimination against Atlético (1-1, 0-1) on Tuesday and the very complicated situation in the league to hope to replay the C1 next year make this scenario obsolete.

Accustomed to attracting the light, the 37-year-old Portuguese will also have to accept attracting criticism when he misses, like Tuesday, even if it would quickly be to forget the tasteless, even worrying performances, of other holders like Harry Maguire and Jadon Sancho or Marcus Rashford and Paul Pogba off the bench.

For Messi (34) too, seven months after an arrival with great fanfare in the Parisian club, the story quickly turned sour, the sevenfold Golden Ball even collecting whistles fed Sunday at the Park, first outing after elimination in Madrid.

“We all deserve the anger of the fans, not just Messi and Neymar”, tried to defend him Mauricio Pochettino, but the figures are implacable: his 10 assists in Ligue 1 do not mask his… two goals, a starving total for the one who finished”pichichi” in La Liga for the past five seasons.

In C1, it was a little better (5 goals), but he had no impact in the two confrontations against Real, missing a penalty on the way out which weighed very heavily in the end.

The Champions League is no longer their garden

For the second year in a row, the eight best European teams are doing very well without the services of Ronaldo or Messi.

📸 This is my photo of the day. Cristiano Ronaldo and Messi are eliminated and for football, it’s even sad not to see them in the 1/4 finals. 2nd consecutive year. The end of an era ? pic.twitter.com/HyEzK8w6FW


Porto and Paris SG were the executioners of Juve and Barça last year. This year, it is intimate enemies, Atlético, that CR7 had so often martyred with Real or Juve, and Real, for the former Barcelonan, who shortened their course. It’s hard not to see the weight of the years there, even if the failure cannot be entirely blamed on them.

Three days after a league hat-trick, Ronaldo was never able to score against Atlético. But without his 6 goals in the first 5 group matches, the Red Devils would never have even reached this level of the competition.

>> To read also: Champions League: Messi-Ronaldo, the twilight of the idols of the decade?

As for Messi, if his missed penalty in the first leg remains in everyone’s mind, the cataclysmic scenario at Santiago-Bernabeu is characteristic of a PSG much more famous for its “flaps” than for its exploits on the European scene, under the era of the Qataris.

Since winning the prestigious European Cup in 2015, Messi has also chained exits through the back door with a declining Barça: “rebounds” suffered against Rome in 2018 and Liverpool in 2019, a monumental beating against Bayern in 2020 (8-2) and another against PSG the following year (1-4)…

Their career choices were probably not the wisest: “CR7” opted for a club which is five years without a trophy, and Messi for another which has, to its continental credit, only the final of 2020, in an edition turned upside down by the Covid pandemic.

The very probable departure of Kylian Mbappé, at the end of the contract in June, risks reshuffling the cards around Messi in Paris.

The Argentinian will no longer have the excuse of integration or the coronavirus (contracted during the end of the year celebrations). The No. 30 could become No. 1 again with Neymar in a probably reshaped attack, with the departure, in addition, of Angel di Maria, and the possible arrival of another superstar.

As for Ronaldo, he signed for two years, with an optional third, and Manchester will certainly have so many other recruitment sites that a status quo seems most likely, but in a group where he will have lost some of his superstar aura.

new exchange between the tennis champion and the IOC, facing criticism

after the Tour de France, Tadej Pogacar offers the Tour of Lombardy