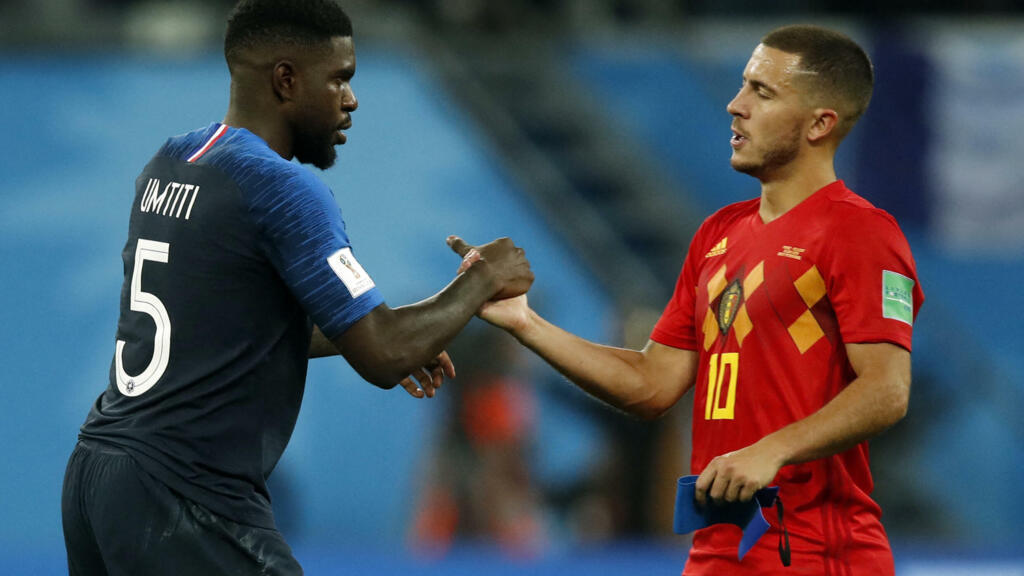 Since the semi-final of the World Cup-2018 won by France, a toxic rivalry exacerbated by social networks has been born between the French considered contemptuous and a Belgium that would be a bad loser, or rather having the “seum”, according to the consecrated expression. Three years later, the two neighbours met in another semi-final, this time in the Nations League, for a rematch at the top.

Rivalry is the salt of football. For a long time, the one between France and Belgium was good-natured and any meeting between the two nations was described without irony as a kind “feast of the neighbors”. But this friendship broke apart on July 10, 2018 in St. Petersburg, when a goal and a deflection of Samuel Umtiti against the Red Devils catapulted Les Bleus into the final of the World Cup. A defeat on the smallest of the scores that the Belgians, who had yet delivered a great performance on the field, struggled to digest.

“I’d rather lose with Belgium than win with France,” said Belgian captain Eden Hazard after the semi-final loss.

“It was a frustrating game, France played nothing, played to defend with eleven players 40 meters from their goal,” said goalkeeper Thibaut Courtois. “The frustration is there, because we lose to a team that is no better than us, we lost to a team that plays nothing, that defends.”

On social networks after these two statements made without hindsight after the match, the Red Devils and their supporters are quickly portrayed as bad losers with the “seum” (rage, in slang) by French supporters goofy and a bit arrogant.

A recurring gag – or meme – was born on the French canvas and the Belgian flag became a synonym for “seum”. Since then, antagonism has only grown between the supporters as the two rivals meet again on Thursday 7 October nations League semi-final (20:45).

“Making fun of five minutes is fine, adding more for three years, it’s useless,” explains Fabien Bonnel, one of the hosts of the supporters group Les Irresistibles Français (IF), about this “low-level running-gag” that proliferates on the Internet. He puts himself in the shoes of the Belgian fans: “If I get this out every morning, to put ‘seum’ in all the sauces, at some point I will blame you and not necessarily be nice”.

“There has always been a little animosity, but rather teases historically,” says Swann Borsellino, a journalist for the French magazine So Foot but also for the Belgian TV channel RTBF. But “since 2018, it really annoys me because it has become toxic, unlivable and stupid,” he says, frightened by the proportions taken by this antagonism.

The rivalry reaches new proportions at Euro-2021. As the fans of the two nations salivate at the thought of crossing in the semi-final, France are eliminated by Switzerland in the knockout stages. An outing celebrated in Belgium by crowds of supporters. In Brussels, some burn a French flag, according to the Belgian site 7 of 7. In Charleroi, the elimination of the Blues was also celebrated with horns and smoke bombs.

Revenge against their arrogant neighbor was at hand for the Belgians, but karma is never far away: the Belgium lost to Italy in the quarter-finals, future European champion. So much for dreams of first coronation.

“Who seum the wind reaps chauvinism”

As the new semi-final between the neighbors approaches, in Turin, several players in the football world are trying to defuse the growing tension between the two nations.

The rivalry has always been “healthy and sporty” on the field, but there are outside “excesses on both sides, because we are in the interpretations of hot words (…) that have certainly taken on too much importance”, thus tried to temper the French coach Didier Deschamps in press conference.

Swann Borsellino, for his part, would pay dearly to regain the memory of the France-Belgium pre-2018. “I would dream that there is only sports rivalry, between a Belgium n°1 world [au classement Fifa, NDLR] and a world champion France. It is superb, this rivalry is the one that counts,” says the journalist who lives between Paris and Brussels

In the aftermath of the flag incident, his colleague Bertrand Henne had written an editorial titled “Who seum the wind reaps chauvinism”, while Swann Borsellino called for a return of benevolence.

I am not destined to be ambassador of France in Brussels and above all I am aware of the many abuses coming from my side of Quiévrain but there is a moment when it must become good-natured again.

At the World Cup in Russia in 2018, the Belgians had “one of the best teams in their history, they had a huge belief in their chances,” he continues. The opportunity to win a World Cup rarely presents itself at home, “many people who make fun of the Belgians do not understand this situation”.

“Belgium has a great generation and could hope for this moment of ultimate joy that we had, I suspect that it was painful and that it can still be for them”, extends Fabien Bonnel, the host of the supporters group Les Irresistibles Français (IF).

He prefers to retain the complicity forged with his Belgian counterparts around a barbecue in 2013, a game of football in 2018 in Russia or in the stands of the Stade de France, with fans who came “with their Belgian jerseys” to attend a match of the Blues.

“We the ‘IF’, we have a friendship with the Belgian ultras”, continues Kin-Wai Yuen, an active member, taking as example the tarp installed last summer during Switzerland-France in tribute to Erik Reynaerts, figure of the stands who died at Euro-2016. “It is a friendship with these Belgian fans, it does not represent the general public, social networks, the ‘haters’ [les haineux, NDLR].”

On the side of the Irresistible French, we hope that the tensions perceptible online and in some street protests will not find an extension around the Juventus Stadium while several matches, especially in Ligue 1, have been marked by the outpourings of supporters in recent weeks.