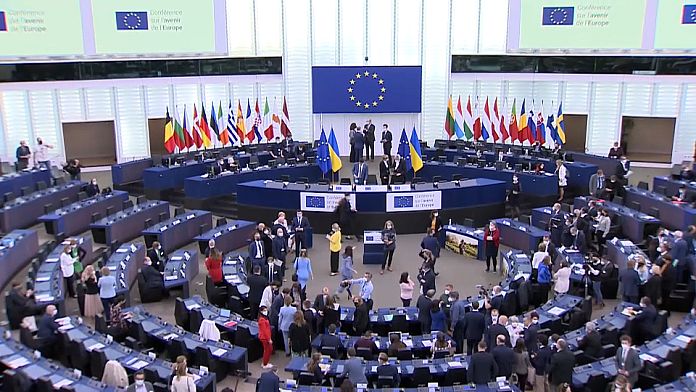 325 proposals to reform the European Union. This is the outcome of the Conference on the future of Europe, a vast citizen reflection launched a year ago, and which ended this Saturday with the approval of the proposals during a final plenary session at the European Parliament.

Several hundred participants from the 27 member countries were distributed to work on 10 themes: climate change and environment; health ; a stronger economy, social justice and employment; the EU in the world; values ​​and rights, rule of law and security; digital transformation; European democracy; migration; education, youth and sport; other ideas.

Proposals from more than 50,000 participants were also submitted on the online platform available in 24 languages ​​(www.futureu.europa.eu), still open until 9 May.

“I was in a working group on the economy, social justice and employment. And I fought to bring a young point of view on these very important points which are housing and obtaining a first job for a student“, explains Kacper Parol, a participant from Poland.

For these citizen delegates, the conference on the future of Europe opens a new chapter in European democracy. “We have made important proposals on education, on the mutual recognition of diplomas and on educational level standards. I think it could have a massive impact, I think democracy in Europe is going to change after this, we won’t just have representative democracy anymore, we will have to have citizens involved“, says Aoife O’Leary, participant from Ireland.

For Belgian MEP Guy Verhofstadt, who was one of the conference leaders, the EU decision-making process needed to be reformed. “One of the main proposals is to end veto rights in the European Union. So to put an end to unanimous voting and the decision-making processes that mean that we act too little, too late with the European Union“, believes the MEP.

Many proposals would require changes to the European treaties, which some member states oppose. The European Commission assures that it will take the proposals very seriously, as Dubravka Šuica, Vice-President of the Commission, said: “I am sure that the institutions are serious enough and that the citizens will hold us to account if we do nothing. So I’m sure we’ll follow up. And we will try to do our best to take into account the ideas, hopes and concerns of the citizens.”

Exactly one year after the launch ceremony in Strasbourg, it is also at the European Parliament that the exercise will officially end on 9 May, Europe Day. The final report, which is expected to change little from the recommendations approved on Saturday, will be delivered to the presidents of the three European institutions, as well as French President Emmanuel Macron. It will then take months to see whether these proposals will become reality or not.

What to remember after 6 days of war in Ukraine