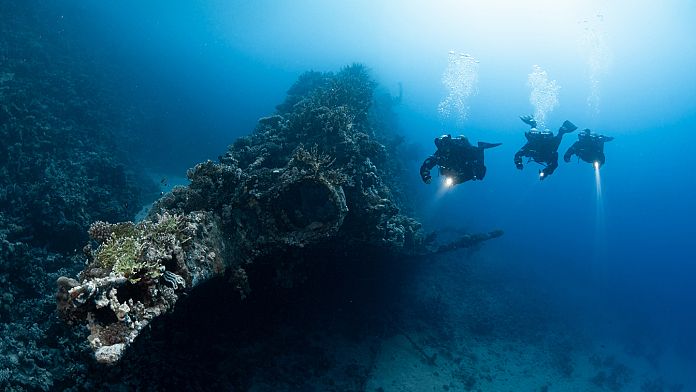 Is the Red Sea coastline becoming a popular destination for sun and water sports lovers? More like twice than once.

With some of the world”s warmest waters, locals boast that a swim here is like a relaxing bath. Health experts suggest that high levels of sea salt also have beneficial effects, such as stimulating blood circulation and reducing skin inflammation.

Located on the eastern coast of Egypt, a resort has arisen from the desert over the past three decades. The city of El Gouna (”the lagoon” in Arabic) has only 24,000 inhabitants. It is located 25 kilometers north of Hurghada and only four hours flight from the main European capitals.

Whether you’re backpacking or looking for a luxury VIP getaway, there are plenty of ways to experience the Red Sea.

Make like The Big Blue to the Red Sea

Along with the island of Sipadan in Malaysia and Cocos Island in Costa Rica, the Egyptian coastline is often classified among the best places in the world for diving.

There are more than 1,200 species of fish, including 44 species of sharks. This thriving biodiversity is mainly due to the sea’s coral reef ecosystem, which stretches for 1,995 kilometers along the coastline.

But you don’t have to be a master diver to enjoy these underwater treasures, says Emad Emad, master diver at Scuba World.

“We cater to divers of all levels. For beginners, we start in a shallow pool or lagoon to give them confidence. Then we dive deeper around the corals to see the marine life.”

There are many PADI diving schools at El Gouna, and like Scuba World, they are aimed at all levels, beginners as well as experienced divers.

“We have a unique dive site where we explore a recent wreck,” adds Emad.

“One of the Scuba World divers remembers the ship when it was afloat. Before exploring the inside of the wreck, he tells the divers the story of the dramatic day it sank. You can expect to see many objects inside, like dinner plates, playing cards and many more things.”

Further from the coast, in the Red Sea, is the SS Thistlegorm (a ship of the British merchant navy). Built in 1940, it sank during World War II. Since then, it has been recovered by a set of colorful fish and corals.

A single dive costs around €35.

Kitesurfing to fly above the waves

The shallow lagoons of El Gouna and the wind of the coastline create ideal conditions for kitesurfing. At any time of the day, you can expect to see many followers of the practice on the water.

Every year, the global kitesurfing community goes to El Gouna for the “Kite Mania” water sports festival. Spectators can watch some of the best surfers in the world soar through the air and compete against each other on the waves.

There are many kitesurfing schools in El Gouna that offer lessons for beginners, and most of them also offer the possibility of renting equipment.

For water sports enthusiasts who prefer not to depend on wind conditions, there is the Cable Park Sliders, one of the largest cable park in the world (a kind of water ski lift, also called wake board). Stretching over 90,000 square meters, there are “tracks” in clockwise and counterclockwise directions.

Aleksandra Lach manages the park. Interviewed by Euronews, she explains: “Wakeboarding is a very popular water sport in Europe. However, due to the changing seasons there, people can wakeboard about four to six months into the year.”

“We chose El Gouna because it offers excellent weather conditions throughout the year. We feel at home there for many years. We observed how quickly El Gouna’s popularity grew and became a well-known tourist destination, especially popular with kitesurfers. Wakeboarding and kitesurfing are similar sports, however, kitesurfing requires the wind to pull you. Being located in El Gouna makes us one of the few cable parks open all year round and a great alternative to windless days for kitesurfers,” she added.

A full day at the park costs €37, life jacket and helmet provided.

All sails out on the Red Sea

To enjoy the beauty of the Red Sea at a relaxed pace, opt instead for the option to board a catamaran. Traveling the Egyptian coastline with nothing but the sound of the wind is a refreshing experience.

“The hull of the catamaran is very stable, which often reassures people prone to seasickness. It also allows the sailboat to glide over shallow reefs before dropping anchor to world-renowned sites for snorkeling,” says Tarek Abdon, captain ofOcean Diva.

Usually accustomed to the deeper waters of the Red Sea, you can often spot dolphins and whale sharks.

For families, a boat trip equipped with glass bottom or aboard a submarine is the perfect opportunity to see the coral.

The Sindbad Submarine departs from the marina of El Gouna and can dive up to 22 meters deep. On board, the whole family can explore the seabed without the need for diving equipment.

Most tour operators offer to pick up and drop off tourists at the hotel for free.

For Natascha Samusch, a tour guide of German origin, her favorite site is Lel Dera. This popular spot is a shallow coral reef located about 20 minutes by boat from El Gouna Marina.

“It’s colorful with an abundance of fish. You can forget about the outside world,” she tells Euronews Travel.

For those more in search of a jet set atmosphere, relaxing in luxury is possible thanks to the many superyachts available for rent. They vary in size, some up to 40 meters and accommodate up to 14 people in large suites.

“If you come to the Red Sea, you have to see the coral reefs and the fish that surround them. There are not many places in the world that offer this,” says Hans Joachim Bliss, a German tourist visiting the area.

Dubai’s recipe for a sustainable future