Kolo Muani don’t stay at the NCF. The offensive player will leave FC Nantes next summer at the end of his contract. An increase in his salary would not change that.

Player trained at FC Nantes, Randal Kolo Muani is the pride of the Yellow and Green club training center. Author of 9 goals in Ligue 1 last season, the 22-year-old forward is gradually taking the lead in attack of FCN. Only, the experience started in 2018 under the colors of the Nantes professional team will not continue. The Bundesliga is now far too present in the head of the Bondynois goalscorer.

Considered a youth of the club despite his good performances last season and his rise to power under the orders of Antoine Kombouaré, Kolo Muani receives only a salary of 15 000 € per month. Already convinced of his choice to leave the club during the summer transfer window, even if he finally stayed, he should return the cover next June when his contract will come to an end. The consequence for the FCN: the loss of a very promising player without receiving any transfer compensation.

To circumvent this risk of losing money on this player estimated at at least 15 million euros in the transfer market, Waldemar Kita seeks to regain control with his entourage. The manager of the Canaries reportedly announced to the player his willingness to negotiate with his representatives for a contract extension. But according to RMC Sport, carrots would already be cooked.

FC Nantes: Randal Kolo Muani should not continue the adventure 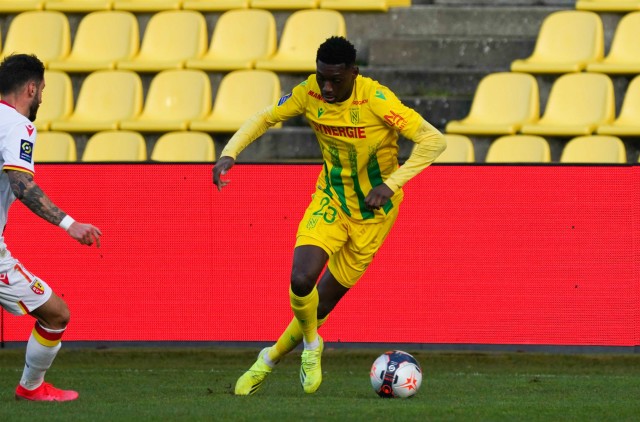 A close friend of the striker would have claimed that an extension of his lease at FC Nantes is unthinkable, even with a passage of his salary from 15 000 to 300 000 € /month. It must be said that the FCN scorer has been attracted to the Bundesliga for a long time. Contacts between his entourage and German clubs exist, hence this decision decided by his relatives. For the future of Kolo Muani, several tracks are available, since English clubs who came to the news last summer are still after him in the hope of recruiting him for free at the end of this season.

Watford has already gone on the offensive with a concrete offer refused by the interested party. Southampton and even OL would also have tried approaches without more success. If Kolo explains to the sports media “I simply preferred to stay in Nantes…”, he would not hear making old bones in Loire-Atlantique. The offensive player wanted to achieve “a second season of L1 in a club” where he was certain to have game time before embarking on a bigger challenge.

It seems that this season at the Yellow and Green will help him to bring to life his dream of playing in the Bundesliga next season. Contacts with clubs of the neighboring championship should strengthen by next January and this is what will put CFN in trouble in negotiations its president Waldemar Kita.

The most striking transfers of the summer transfer window 2021

C3, Genesio’s reaction after the remontada

Surprise, Sampaoli caught by a coach !