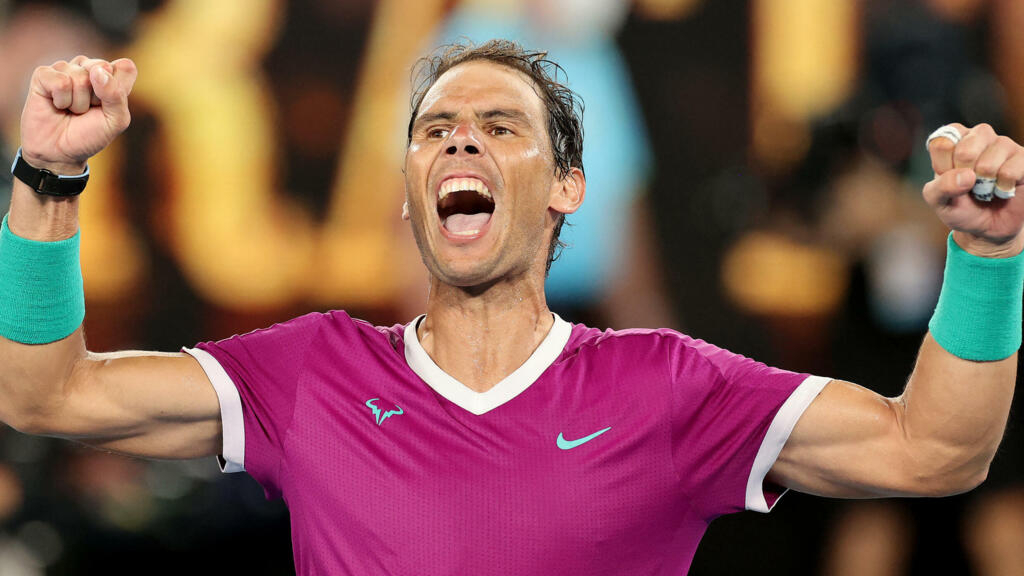 The Spaniard becomes at 35 the only record holder for Majors among men, now with a head start on the Swiss Roger Federer and the Serbian Novak Djokovic.

This final in Melbourne between Medvedev and Nadal was a rematch of the one won in five sets by the Spaniard at the US Open in 2019. It was, at the time, the first time that the Russian reached the match for the title in a Grand Slam and, despite heroic resistance, he gave in and allowed Nadal to win his 19and Major.

This year, Medvedev could take advantage of the experience of two additional major finals played in 2021: one lost on the Australian Rod Laver court against Djokovic and the other won on the New York Arthur-Ashe against the same Serb .

And Nadal (5and world) could immediately feel the difference: after three close first games, the Russian clearly took the upper hand in the first set.

The Spaniard tried everything: lengthen the exchanges, shorten them, go to the net, play short, long… Nothing could destabilize Medvedev, who easily won the first set.

In the second set, which lasted 84 minutes alone, the Russian lost his superb service and found himself under pressure: Nadal twice scored the break but his opponent came back at 5-5. Both men came to the tiebreaker, where Medvedev concluded on his first chance.

To stay in the game, Nadal – who is recovering from a foot injury that cost him six months of competition last year and a very tiring Covid-19 contamination in December – was condemned to the exploit on almost every point, like this drop at the start of the second set which allowed him to win a point after 40 blows exchanged.

But with Nadal, nothing is impossible!

In the third set, he saved three break points to come back at 3-3. And it was he who took the service of his opponent to lead 5-4 and serve for the set. He concluded with a furious long-line forehand.

The Spaniard then managed the decisive break to lead 3-2 on his seventh break point and he equalized in two sets everywhere.

And the decisive set became unbreathable. Having earned the break to lead 3-2, Nadal was caught at 5-5 as he served for the game and was just two points away from victory.

Medvedev therefore returned but again lost his service game and, this time, Nadal offered himself three match points and concluded.

Ahead of Djokovic and Federer

This new title allows Nadal not only to move ahead of his rivals, but also to become the second player in the Open era (since 1968) to win at least twice each of the four Grand Slam tournaments, after Novak Djokovic.

With 90 trophies, the place of world number 1 occupied for 209 weeks, four Davis Cups and two Olympic gold medals, in singles and doubles, he has at 35 the most abundant prize list, with those of Novak Djokovic and Roger Federer.

He himself places above his two victories on the grass of Wimbledon in 2008 and 2010, especially the first, won in a legendary match against the Swiss champion, co-author with him of one of the most fascinating soap operas in the history of the sport.

It was on clay, the slowest and most demanding ground for the head and the legs, that his art reached its perfection. For more than a decade, from April to June, he was almost unbeatable thanks to his enormous lift and his slides: 395 games won out of 430 played, nearly 92% success.

No one either has ever won 81 straight matches on clay, a record set between April 2005 and May 2007, nor stacked 62 titles on this surface.

With his 21and title of the Grand Slam, Rafael Nadal therefore wins a new record for major titles for a player, but the Spaniard is still three lengths behind Margaret Court, 24 times victorious in the Grand Slam.

NBA | Basketball – NBA: Westbrook’s confession on his failed debut with James and Davis!