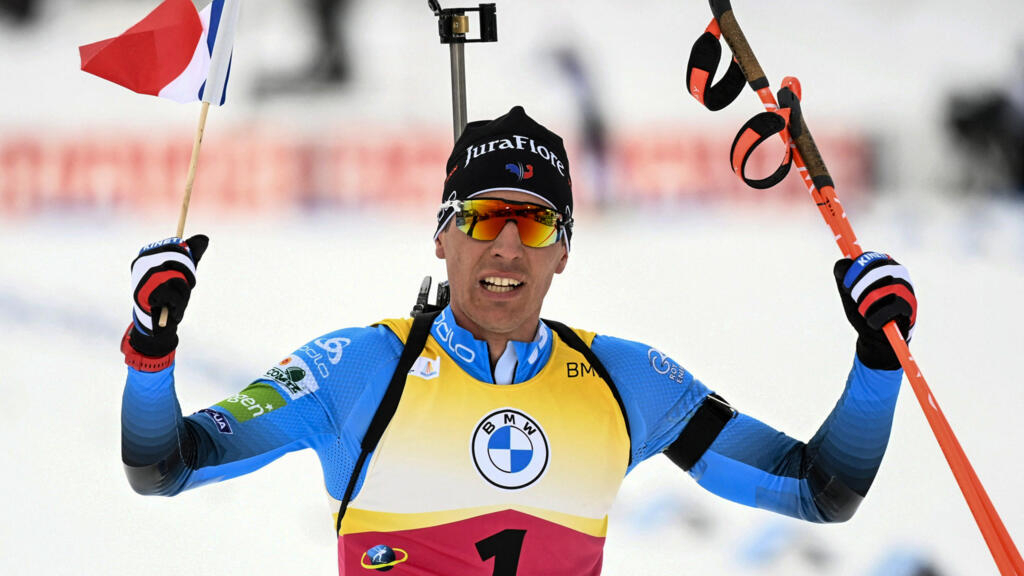 Frenchman Quentin Fillon Maillet won the Biathlon World Cup for the first time in his career on Saturday, after the disputed mass start in Otepaa, Estonia, where he took second place, behind Norwegian Vetle Christiansen .

For the first time in his career, Quentin Fillon Maillet is on top of the world. The French won, Saturday, March 12, the World Cup of biathlon after finishing second in the hard-fought mass start in Otepaa, Estonia, behind Norway’s Vetle Christiansen.

Three races from the end of the season, the double Olympic champion is guaranteed to finish at the top of the general classification and becomes the fourth Frenchman to win the big crystal globe after Patrice Bailly-Salins (1994), Raphaël Poirée (2000 , 2001, 2002, 2004) and Martin Fourcade (from 2012 to 2018).

This title comes to close an exceptional exercise for the Jurassien, marked by his five medals at the Beijing Olympics (two gold, three silver). The 29-year-old biathlete has also won eight times on the World Cup circuit, which he largely dominated.

In addition to the big crystal globe, Quentin Fillon Maillet also won the small pursuit globe and remains in contention to win those of the mass start and the sprint.

The big crystal globe for @quentinfillon 🤩🤩
The Frenchman signs a new podium during the mass start of Otepää 🥈 and wins the general classification of the World Cup!

Long in the shadow of five-time Olympic champion Martin Fourcade then Norwegian Johannes Boe, triple winner of the big crystal globe from 2019 to 2021, Fillon Maillet, third in the World Cup for the past three years, has taken on another dimension this season.

Before settling at the top of world biathlon this winter, he had won only six races on the circuit and had never been crowned individually in a major competition (Olympic Games, Worlds).

He made up for it by becoming the undisputed leader of the French team, striking the spirits at the Beijing Games with his five podiums (individual and pursuit titles, silver in the mixed relay, relay and sprint), a first for a tricolor sportsman for nearly a century.

He is the third Frenchman to win five Olympic medals in a single edition of the Olympic Games, winter and summer combined, after archer Julien Brulé in 1920 in Antwerp and fencer Roger Ducret in 1924 in Paris.