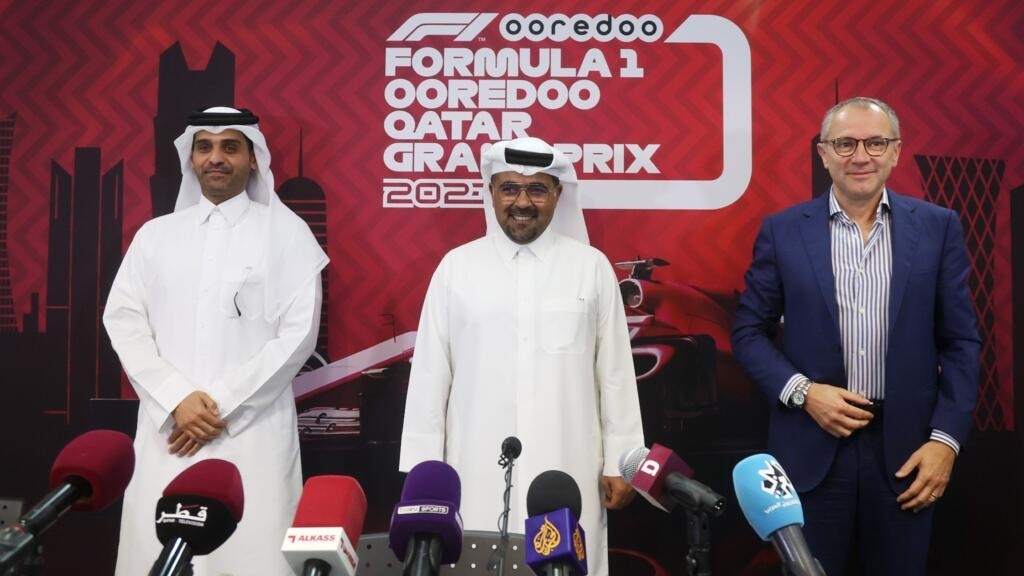 A few weeks before the first Qatar F1 Grand Prix, the president of the Qatari Automobile and Motorcycle Federation, Abdulrahman al-Mannai, assured that drivers will have the opportunity to “express themselves freely” on the human rights situation in the emirate.

Qatar wants to reassure and silence critics by promising that they can be issued. This is the paradoxical strategy of the gas emirate, regularly criticized by international NGOs on the respect of human rights.

While Qatar will host the first F1 Grand Prix in its history on November 21, the drivers, including the Briton Lewis Hamilton, seven-time world champion very committed to societal issues, “will be able to express themselves freely on their platforms,” tried to defuse Abdulrahman al-Mannai, president of the Qatar Automobile and Motorcycle Federation, in an interview with AFP.

“We have no problem with this in Qatar, since they are free to say what they want,” he added.

For the protocol ceremony after the race, the drivers will not be able to sand champagne on the podium: “We have our values and our culture, we respect the culture of others. (…) We will not use champagne or alcohol during the podium ceremony, but there will be an alternative,” said the boss of the Qatari federation.

Qatar is regularly condemned by NGOs for the treatment of hundreds of thousands of workers, coming in particular from Asia on the major construction sites of the Football World cup, that he will organize in November and December 2022.

Amnesty international calls on pilots to speak out

Last March, the gas emirate was the target of protests by players of several national football teams – Norway, Germany, Belgium, Netherlands – on the sidelines of qualifying matches for the World Cup-2022. These teams wore T-shirts criticizing the situation and others waved the threat of a boycott.

Amnesty International also urged F1 in a statement to “insist that all contracts relating to this race contain strict labour standards across all supply chains.”

In the face of criticism, Qatar has introduced several reforms to its labour law, such as the abolition of the “exit visa” for domestic workers, the introduction of a monthly minimum wage (1.12 euros per hour) or the abolition of the “no objection” certificate from employers for workers wishing to change jobs.

“Qatar is now open (…) to critics. In recent years, Qatar has worked to improve the situation of workers,” said Abdulrahman al-Mannai. “We have made considerable progress. Of course, the system is not perfect yet.”

The Qatar F1 Grand Prix, scheduled for November 21, replaces the Australian Grand Prix, which was canceled due to the pandemic and health restrictions. Qatar is committed to hosting F1 for the next ten years at the Losail circuit.

The announcement at the end of September of the partnership is far from having unanimously delighted fans of the discipline. The latter had criticized the decision by hijacking the campaign #Weraceasone (“We will race together”), launched by Formula 1 to fight inequality and racism by turning it into #Weraceformoney: we run for the money.

Basketball – NBA: Stephen Curry’s strong message on his hunt for this XXL record!

disappointing in chickens, Senegal wants to believe in its chances against Cape Verde