Due to lack of liquidity, AS Saint-Étienne recruited only one reinforcement on loan during the summer transfer window. Only, this offensive recruit is far from giving satisfaction to the ASSE, current lanterne rouge de Ligue 1.

A rookie in the hard at the ASSE

It’AS Saint-Étienne lived a gloomy summer of 2021. Plagued by a financial crisis, the Greens signed only one reinforcement in the last transfer window. Juan Ignacio Ramirez is loaned to the Ligerian club by Liverpool FC Montevideo. Arrived with the status of serial scorer, the Uruguayan was supposed to make forget the flop Anthony Modeste, on loan in the second half of last season from Cologne. Only, the 24-year-old striker is also struggling for his debut at the Greens. In three appearances with Sainté, he has not yet proved decisive. Worse, he is now relegated to the hierarchy of attackers by Claude Puel. The Stéphanois coach also left him on the bench during the draw against Lyon on the last day (1-1). 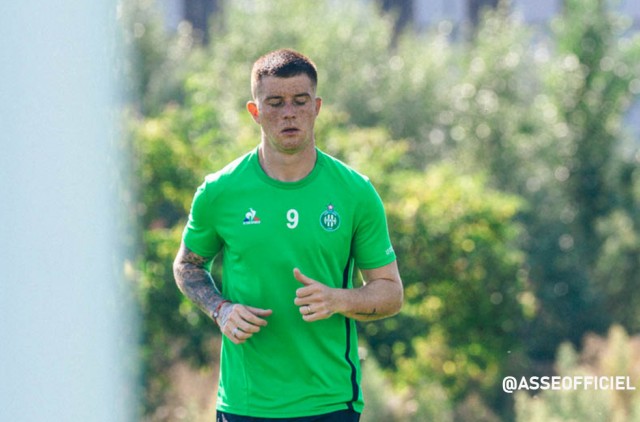 Before its signature in Saint-Étienne, the Uruguayan remained on 11 goals and 3 assists in 10 meetings with Liverpool FC Montevideo. For Jérôme Lecigne, the new striker of the Greens needs a time of adaptation to meet the expectations placed in him. “It is true that ideally, another time of adaptation would have been more beneficial for him to impose himself as soon as he arrived”, indicates the specialist on France Bleu Saint-Étienne Loire.

Uruguayan football specialist on Opposite Skylight, Jérôme Lecigne does not spare Claude Puel in the bad pass that Ignacio Ramirez is going through. For the colleague, the last choices of the coach of the ASSE concerning his new striker have enough to question. “It’s worrying because a striker needs to break in, to play games. If he has the talent to succeed, he will eventually prevail. He will have his chance again in the future, we will have to seize it at that time”, he notes.