Lantern red after eight days of Championship, the ASSE would already consider a dismissal of his coach Claude Puel. But at the latest news, the matter would be far from so easy for the Greens.

Claude Puel can no longer do it on the bench

Good last of Ligue 1, AS Saint-Étienne has not yet won a single game since the beginning of the season. Even worse, Claude Puel and his men remain on a black streak of 5 consecutive defeats in the league with 17 goals conceded and 7 scored. A negative spiral that could well be fatal to Claude Puel, especially in the event of defeat next Sunday in the derby against Olympique Lyonnais. Indeed, according to several sources close to the Greens, Roland Romeyer and Bernard Caiazzo plan to appoint a new coach soon in order to save the sale of the club.

Potential buyers being cooled at the moment by the spectre of a relegation of AS Saint-Étienne. A possible ouster of Claude Puel which could therefore be beneficial for the Ligerian club. According to Goal indiscretions, the name of Laurent Huard, currently director of the training center ASSE, could be a viable internal solution. But another track also crashed to Roland Romeyer.

Indeed, according to the sports media, the chairman of the Sainté board committee would be seduced by the profile of David Guion. Free of any contract since the end of his contract with Stade de Reims this summer, the French coach could return to the Forez, where he was officiated as assistant coach of Laurent Roussey (employee from 2003 to 2008). Yes, but it would already take Romeyer and Caiazzo to have the free cubits to assume a dismissal of the 60-year-old technician.

Mercato ASSE : Claude Puel much too expensive to fire? 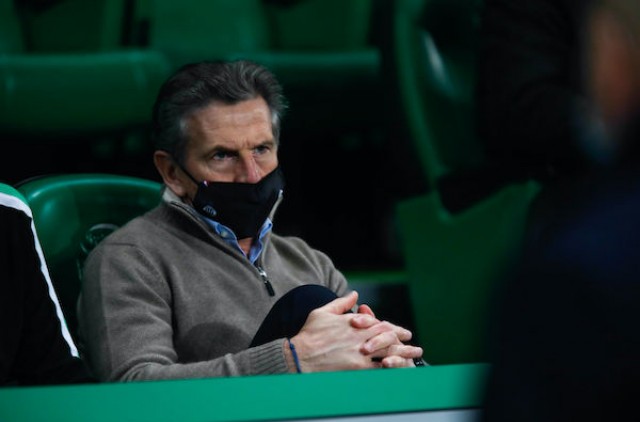 According to the information relayed in recent hours by RMC Sport, the current management of theAS Saint-Étienne has not yet taken any concrete steps in the direction of a dismissal of Claude Puel. Under contract until June 30, 2022, the former coach of Olympique Lyonnais and OGC Nice in particular, receives monthly 225.000 euros in Saint-Étienne. His dismissal will therefore have a cost that the financial situation of the club does not allow to bear.