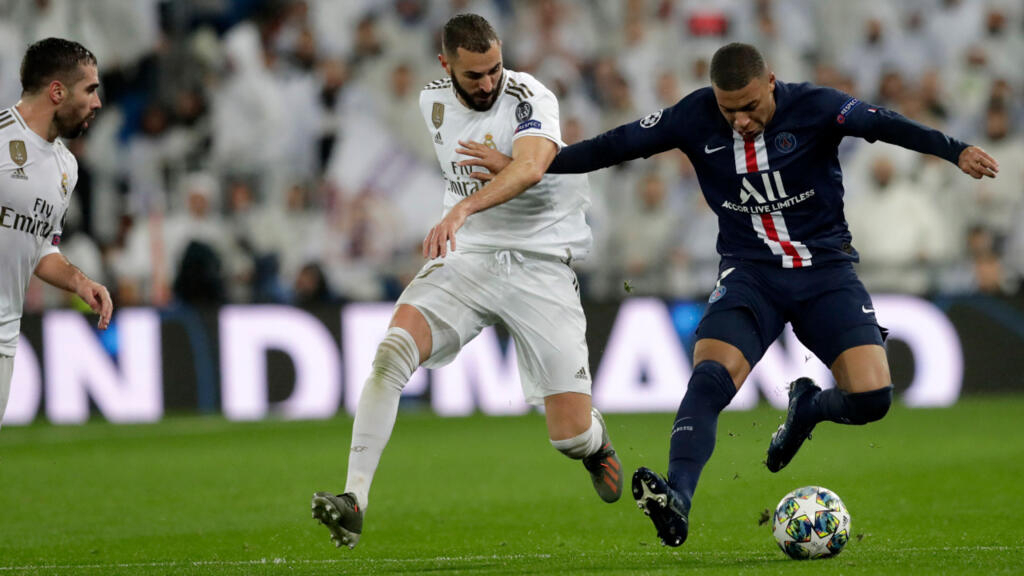 Heckled by some of its supporters, PSG and its coach Mauricio Pochettino play big on Tuesday against Real Madrid in the knockout stages of the Champions League. Faced with slow Madrid residents in recent weeks in the absence of Karim Benzema, the Parisian club must convince and seduce.

The clash of the round of 16 Champions League who opposes Paris Saint Germain at Real Madrid, Tuesday February 15 at the Parc des Princes, looks like a final before the hour between two serious contenders for the final crown.

It is also a poster between two clubs crossed by doubts. While the title of champion of France can no longer escape him, unless there is an earthquake, and despite the prestigious victory against Manchester City in September (2-0), PSG is still struggling to seduce.

And this, despite the huge investment made last summer by the Emir of Qatar, owner of the club, to recruit Lionel Messi’s seven-time Ballon d’Orthe Guardian Gianluigi Donnarummawinner of the Euro with Italy, star of the Moroccan selection Achraf Hakimi or former Real Madrid captain Sergio Ramos (Tuesday package).

Between unsuccessful matches and only three victories during the group stage in C1, bland performances in Ligue 1 or the pitiful elimination from the knockout stages of the Coupe de France against Nice (0-0, 6-5 tab), the five-star workforce of the capital club is slow to convince. Starting with PSG’s own supporters.

The ultras thus deserted their usual stand at the Parc des Princes for the first 25 minutes of the Ligue 1 match against Rennes on Friday before formulating, with supporting banners, their “dissatisfaction” against the management and certain players. They notably pinned “a neglected formation, a discipline to be desired, overpaid mercenaries”, or even “disrespectful leaders”.

A heavy climate which the Argentinian coach Mauricio Pochettino would have done without, who calls for “union” with the supporters before the shock against Real Madrid. Criticized for months and held responsible for the dull copies made by his players, the former Tottenham coach plays, according to the specialized media, his place in this double European confrontation, he who rumors see being replaced by Zinedine Zidane in the event of dismissal.

The fate of this shock will be more than ever conditioned by the performances of Parisian stars like Kylian Mbappestill a scorer on Friday in Ligue 1. The 2018 world champion is preparing for a special evening against Real … of which he has been a fan since childhood and who dreams of attracting him when his contract expires in June next.

Mauricio Pochettino’s other asset is none other than his compatriot Lionel Messi, Madrid’s pet peeve against whom he scored 26 goals in 45 matches while wearing the Barça jersey.

At the time of facing Real Madrid, thirteen times European champion (a record) and designated opponent of the Parisians after a botched draw by UEFA and finally given to redo, the Argentinian, weighed down by a slow adaptation, has the opportunity to reconnect with its flashes of yesteryear in major European events.

The other star of the workforce, Neymar, who has not played since the end of November due to a sprained left ankle, could also be in the game. His coach was optimistic on Friday about his chances of rejoining the group.

An offensive armada which could therefore be reconstituted in time against a real Madrid which presents itself, for its part, with less certainty than a few months ago. The La Liga leaders have won only one of their last four games.

Madrid coach Carlo Ancelotti, who will return to the Parc des Princes after coaching the Parisian club between the end of 2011 and 2013, hopes to be able to restart the machine thanks to the return of his favorite striker Karim Benzema, author of 17 achievements in the league.

But the striker of the Blues, who is recovering from a left leg injury contracted on January 23, risks running out of rhythm on Tuesday evening. But without him, Real has shown its limits in attack, like his last outing at Villarreal on Saturday (0-0).

Since the departure of Cristiano Ronaldo in 2018, Karim Benzema (34) took on a new dimension in Madrid where he exploded all his statistics. He became the top French scorer in the history of the Champions League (76 goals), surpassed the 300-goal mark for the “White House” on January 8 and is approaching the honorary distinction of top French scorer in history in all competitions, 6 goals behind Thierry Henry’s 411 goals.

Suffice to say that the people of Madrid, who will try to impose their rhythm in the midfield thanks to their Croatian metronome Luka Modric, will greatly need the talents of their striker to thwart Parisian ambitions.

Tunisia, Mali and Egypt in pole position in Africa zone