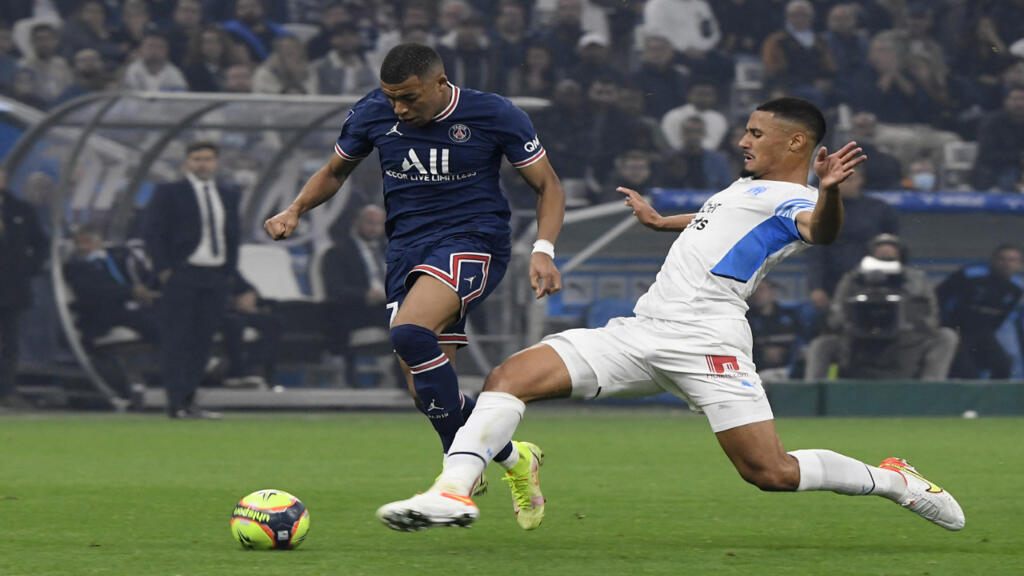 No winner or vanquished. The classic between OM and PSG, played Sunday in Marseille, ended in a blank draw. The poster of French football, which kept its promises in terms of atmosphere and intensity, honored the defenders who got the better of the uninspired strikers. Debrief.

They came, they saw, but they left with only one point. The armada offensive PSG failed to gain the upper hand on the defense of the Olympique de Marseille, Sunday 24 October, in the highly anticipated Ligue 1 classic played in the Phocaean city, at the end of the 11th day of the French championship.

However, on the field, the Parisian coach, Mauricio Pochettino, had decided to start his quartet of stars – Neymar, Messi, Mbappé and Di Maria – with the announced goal of winning. But the league leader, reduced to 10 after the exclusion of Hakimi (57e), failed to shake the rearguard of OM, despite a controlled first half in terms of possession.

The stars of the Parisian attack gave the impression of betting more on individual feats, playing collectively only intermittently. Back in the Parisian eleven near an adductor discomfort, positioned as a playmaker, Neymar alone illustrated the offensive impotence of the Parisians. Not in rhythm and uninspired, it made no difference, nor caused imbalance in Phocaean land. A score to forget for the Brazilian star who has not yet really launched his season.

His teammates Kylian Mbappé and Leo Messi – the most enterprising of the Parisians in attack – did not shine either, well muzzled by the Marseille defenders.

Conspired with each shot taken by a molten Velodrome that had perfectly identified the threat they represented, they failed to find the flaw. The only satisfaction for PSG fans, the duo seems increasingly looking to combine and refine their relationship on the pitch.

Defenders in the spotlight

If this classic ended in a draw and blank score, it is also because the defenders of both teams were in the spotlight. On social networks, Marseille fans were almost unanimous after the match when they named their Olympian of the night: the impassable central defender William Saliba.

And for good reason, the international hope managed to eclipse Kylian Mbappé and showed the extent of his progress recorded since he settled in Marseille, during the last transfer window.

Serene, lively, focused and strong in duels, the player on loan from Arsenal has punctured the screen several times, especially against the 2018 world champion. Their duel was one of the keys to the match, like the authoritarian return of the Marseille defender on the Parisian arrow launched towards the goal of Pau Lopez (83e).

On a collective level, in addition to his sense of just relaunch, his association with Croatian international Duje Caleta-Car, back at the highest level, brings a defensive serenity to Jorge Sampaoli’s hybrid system. Under the eyes of Guy Stéphan, the assistant of the national coach Didier Deschamps present in the stands, the former Stéphanois delivered an impressive copy.

On the Parisian side, Captain Marquinhos also delivered a great match by displaying character in his ability to negotiate all the hot balls (35e, 53e, 87e) that arrived in his PSG box. The commitment and determination of the central defender of the Seleção allowed his team not to flinch, even at 10 against 11 after the expulsion of Achraf Hakimi, when the Marseille pressure was rising in temperature.

A very high-level performance that can only leave regrets to the willing and supportive Marseillais who will have missed only a small goal to make the Velodrome totally capsize.

forced retirement for Sergio Agüero due to heart problems

Sorare, the French start-up worth 3.7 billion