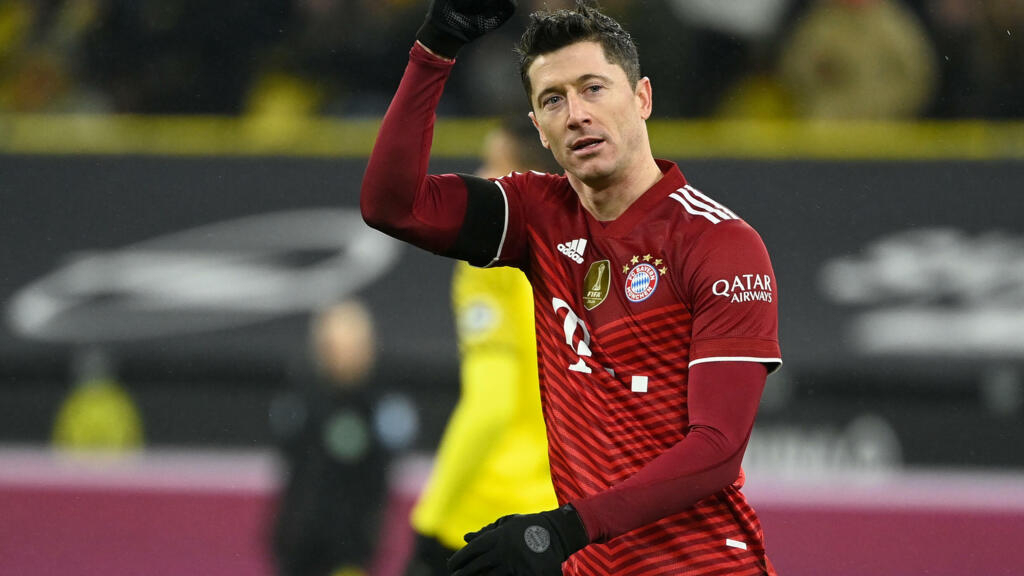 After a disappointing draw against Lens, PSG are now guaranteed to finish the fall championship of Ligue 1. In Spain and Germany, Real Madrid and Bayern Munich take the lead in their respective championships.

Sacred autumn champion of Ligue 1, Paris Saint-Germain saved on Saturday a point in added time in Lens (1-1), where he displayed his recurring difficulties in the game.

Behind the Rennais Stadium bounced back from their midweek home defeat against Lille (2-1) and resumed their conquering march. After the slap inflicted on Saint-Étienne (5-0), the Bretons point eleven lengths from the Parisians.

This demonstration resulted in the sidelining of Claude Puel, who must meet his management on Monday. He is the first Ligue 1 coach to be ousted.

Real Madrid are doing well. Mistreated by Real Sociedad and by fate with the injury loss of Karim Benzema at the 17e minute, the Merengues reacted thanks to the official replacement of the latter: Luka Jovic. By serving Vinicius at first, then scoring his own goal second, the Slovenian fulfilled his role perfectly. Thanks to this victory, Real Madrid take an eight point lead in the championship.

Earlier in the evening, Barça and Atlético, in fact, had similar fates during this Saturday-marathon in La Liga, with two defeats and two injuries, a few days before decisive meetings in the Ligue des champions.

Despite a sparkling Ousmane Dembélé, the Catalans lost 1-0 at home to Real Betis, which dates back to 3e place in the standings thanks to a goal from Juanmi Jimenez, at the conclusion of a counter perfectly led by Sergio Canales (79e). This is Xavi’s first defeat at the helm of Barca.

On the side of the capital, same pattern: Atlético Madrid suffered its first defeat of the season at home, in La Liga, against the promoted Mallorca (2-1).

Passion, drama, goals! The most prestigious match in German football has kept all its promises. But the Bavarians, on their individual qualities, made the difference by exploiting perfectly the few errors of Borussia, in particular the unfortunate Mats Hummels, involved in the three opposing goals.

In the scorers’ war, the “old” Robert Lewandowski, 33, again got the better of his young rival Erling Haaland, who has only scored once despite giving 100% French central defense a lot of trouble, Lucas Hernandez and Dayot Upamecano.

The summit of German football finally turned on a controversial penalty which allowed Bayern Munich to take the lead at the top of the championship. He is now four points more than his rival.

“If you watch a lot of decisions during the game … What can you expect if you give a referee who has rigged matches in the past the most important match in Germany to blow the whistle? “, launched after the meeting the English striker Jude Bellingham on the Norwegian channel Viaplay.

Jude Bellingham was referring to the fact that match referee Felix Zwayer was embroiled in 2005, when he was 23, in the biggest match-fixing scandal in German football: the Robert Hoyzer affair. The latter, then a referee, admitted having falsified the result of several German Cup matches, against money paid by a Croatian mafia active in sports betting. He had notably granted imaginary penalties.

Naples, with a workforce decimated by the head, had to surrender on Saturday at home against Atalanta Bergamo (2-3) and abandon the Serie A lead to AC Milan, which is run by Inter Milan after the demonstration of the Nerazzurri in front of Roma (3-0).

During this 16e Serie A day, the Rossoneri easily beat the red lantern, the Salernitana (2-0), in the afternoon. They now lead a championship tighter than ever with the first four combined in four points.

Earlier in the day, Fiorentina won in Bologna (3-2), thanks in particular to the 13e goal of the season, from a penalty, from his young Serbian striker Dusan Vlahovic. The Viola took the opportunity to steal the 5e place to Roma, who lost two places after losing at home to Inter Milan.

The Giallorossi are even joined in the number of points by Lazio, which revived by winning at Sampdoria Genoa (3-1), after two defeats and a draw. The Laziali folded the match in 45 minutes thanks to Sergej Milinkovic-Savic (7e) and a double from Ciro Immobile (17e, 37e). The latter is tied for the top of the scorers’ standings with Vlahovic, with 13 goals as well.

Juventus, already beaten three times at home, did not fail this time in front of their supporters by winning seriously against Genoa (2-0). The Bianconeri, determined not to add a sporting crisis to the pressure that has fallen on the club in recent days due to an investigation launched into possible accounting irregularities, join Fiorentina in the 5e square. They are seven points behind Atalanta (4e) and eleven from the leader, AC Milan.

Led for the first time by the German Ralf Rangnick, Manchester United continued their good streak by beating Crystal Palace, to get back in the race for the Champions League. With 24 points, the Red Devils are only three units behind the 4e, West Ham, who occupies the last qualifying place for the C1 at the end of the season.

A West Ham who went to snatch the victory against Chelsea (3-2) while the Blues have yet led twice in the score. Thomas Tuchel’s men paid cash for their individual mistakes.

Manchester City took advantage of the Blues’ misstep by winning at Watford (3-1) and leading the Premier League. Liverpool are following the Citizens closely despite a difficult victory against Wolves. It is only at the 94e minute that the Belgian Divock Origi managed to score the decisive goal for the Reds.