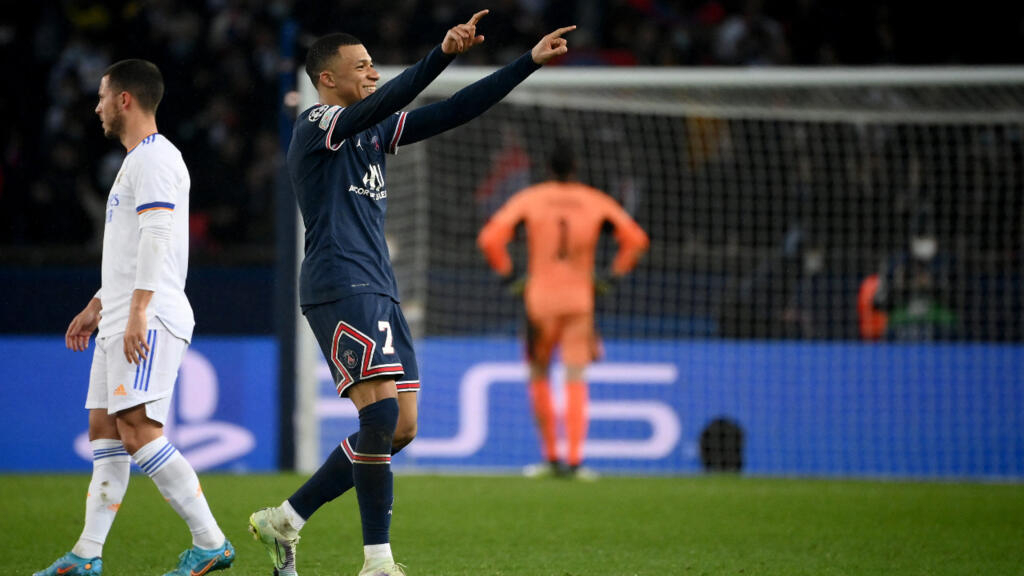 PSG beat Real Madrid (1-0) on Tuesday, February 15, in the first leg of the knockout stages of the Champions League, played at the Parc des Princes. After dominating the game from start to finish, the Parisians won in stoppage time thanks to a goal from the untenable Kylian Mbappé.

Kylian Mbappé gave PSG victory in added time against Real Madrid (1-0), in the eighth leg of the Champions LeagueTuesday 15 February, at the Parc des Princes.

During the first round of this shock, where Lionel Messi missed a penalty (62nd), Kylian Mbappé delivered his people on a shot from the right (90 + 4), passed between the legs of Thibaut Courtois, hitherto impassable.

As we headed for a goalless draw, the French international popped up in stoppage time to place a winning cross shot into the Madrid net.

Diligent and determined, the Parisians, who showed a conquering face throughout the match, were rewarded while Real, for their part, did not exist offensively, despite the return to competition of Karim Benzema, after three weeks off due to injury.

It remains to display the same state of mind during the return match, in Madrid, at the Santiago-Bernabeu stadium, which dreams of cheering Kylian Mbappé in the jersey of the Merengues next season.

But for now, it is the PSG supporters who capsize with each acceleration of the 2018 world champion.

In the other match of the evening, Manchester City, heavily favored, took a big step towards the quarter-finals by atomizing Sporting Portugal (0-5) in Lisbon.

Relive the match with our liveblog below

At the heart of an animal abuse scandal, French footballer Kurt Zouma let go by his equipment supplier