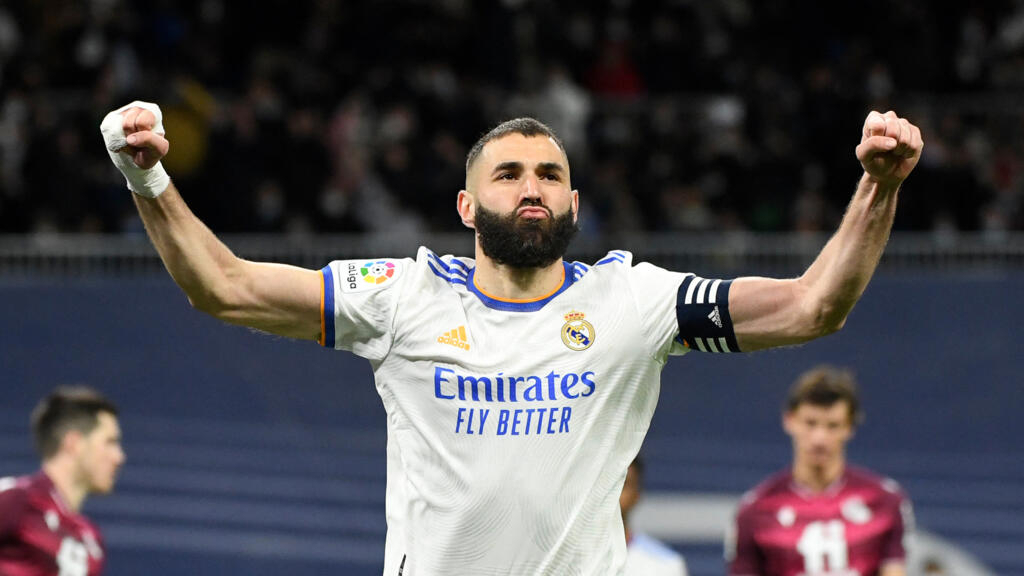 PSG travel to Madrid on Wednesday with the ambition of winning the ticket for the quarter-finals of the Champions League, after their narrow victory (1-0) against Merengues in the first leg. But Karim Benzema and his teammates will certainly welcome them with the idea of ​​reversing the trend.

Crucial day for PSG. The Parisian players tackle, Wednesday, March 9, the return match of the round of 16 of Champions League in a strong position after their victory over the wire in the first leg (1-0). But they will have to be wary of vengeful Madrid players who will try to turn things around in front of their home crowd, led by their captain Karim Benzemaback in great shape.

Before this meeting at the top, the two clubs had opposite fates last weekend in their respective championships: the Merengues largely dominated Real Sociedad (4-1), chaining a third consecutive victory in La Liga; at the same time, PSG lost to Nice (1-0) and suffered their second defeat in three games.

“Wednesday’s match is in everyone’s mind,” explained Parisian technician Mauricio Pochettino after this poor performance. “We are preparing for a competition that everyone in Paris is waiting for and that everyone dreams of.” Moreover, the dynamics of the championship have little to do with the intensity of European matches, and to this is added the fact that Kylian Mbappe was absent – ​​suspended – last Saturday.

There is certainly the big difference on the Parisian side since the start of the season: PSG does not show the same face without its star striker – PSG has also lost 6 of its last 16 games without him. Unlike Lionel Messi, who missed a penalty in the first leg against Madrid, Kylian Mbappé was able to give his team a valuable advantage by scoring his team’s only goal, with skill, in the last minute of play.

The pre-match therefore became more tense on the Parisian side on Monday, when Kylian Mbappé received a sole from his teammate Idrissa Gueye in training. The participation of the Parisian No. 7 in the clash against Real Madrid was uncertain for a few hours, before the club communicates on a “reassuring” medical examination for its attacker. The latter is also in the group announced Tuesday for the match against the Merengues.

An uncertain time too, defender Achraf Hakimi and midfielder Leandro Paredes figure well in the Parisian group. On the other hand, PSG will have to do without Sergio Ramos, the former central defender of Real Madrid being forfeited for this match.

It’s hard to know if Kylian Mbappé will finally be at 100% of his abilities on Wednesday evening, but Real Madrid are preparing anyway “thinking that (he) will be able to play”, Madrid coach Carlo Ancelotti said on Tuesday . He also clarified that his team’s plan will be “not just to stop Mbappé, but to stop Neymar, Di Maria, Messi… all the good players that PSG have. Our plan is to play a match complete, defend well, play well with and without the ball. We will have to be smart.”

A diminished Real Madrid but with Karim Benzema in good shape

“To be honest, we haven’t even talked about Kylian’s possible injury between us. We’re focused on ourselves,” added Madrid midfielder Luka Modric during the pre-match press conference. .

The Merengues will have to bet on their strengths of the moment to turn the scenario of this round of 16 of the Champions League: in the first leg, they had suffered the pressure of PSG without giving in thanks to their solid goalkeeper Thibaut Courtois, but without succeeding. more to be really dangerous in attack.

At that time, Karim Benzema had just returned from a three-week hamstring injury, and he had not had the expected influence – which we have known of him since the start of the season – in the game of his team. On Wednesday, the French international will be in a different dynamic, remaining on three goals scored in his last three games.

Real Madrid will, however, have to play on Wednesday without two major players, full-back Ferland Mendy and defensive midfielder Casemiro, suspended after receiving a third yellow card in European competition.

Added to this is a question mark on the state of Madrid midfielder Toni Kroos. “A player who is not 100% cannot play this kind of match. If I think Toni is 100%, he will play. If I think he is 95%, he will not play”, assured his coach.

Info or intox ? As for Kylian Mbappé, a doubt will hang over the tenure of the two players until the publication of the official match sheet, a little over an hour before kick-off. Then will come the explanation between a Real Madrid crowned with 13 stars in the biggest European competition and a PSG still in search of a first Cup with big ears.

Basketball – NBA: Anthony Davis’ strong message on Russell Westbrook after his failed debut with the Lakers!