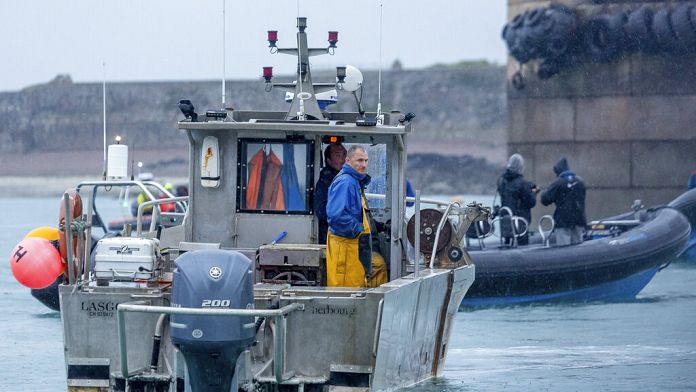 Storm warning on the English Channel. French fishermen are angry over fishing permits issued by the Jersey government.

The Channel Island granted 95 final licences to French vessels, but 75 vessels received an end of non-receipt, while 31 other French vessels obtained a provisional licence, the time to provide by January the documents justifying that they had been fishing regularly around Jersey before.

A symbol of the post-brexit puzzle[

The island of Jersey is one of the symbols of the post-Brexit puzzle because of its geographical location, very close to the coast of Normandy, and its status, the territory depends on the British crown.

Agreement concluded in extremis at the end of 2020 between London and Brussels provides that European fishermen can continue to work in certain British waters provided they prove that they previously fished there.

The result is therefore these 95 licenses granted, but above all these 75 licenses denied to French boats by the Jersey government which said it wanted to defend a “pragmatic, reasonable approach, based on concrete elements.”

But for the Norman and Breton fishermen, the account is not there. They say they are ready to attack St. Helier, the capital, to defend their right to continue fishing in these waters.

A new setback for French fishing

This new setback for French fishing comes as the British government announced on Tuesday that it would only grant 12 new licenses, out of 47 applications, to European boats of less than 12 meters to fish in its territorial waters

In total, including authorizations previously issued by London, 100 out of 175 licenses were granted, according to the French Ministry of the Sea.

Minister Annick Girardin blasted Tuesday night “a new refusal by the British to implement the conditions of the Brexit agreement”, believing that “French fishing should not be taken hostage by the British for political purposes”.

Covid-19: new measures and restrictions in Europe in the face of the 5th wave and the Omicron variant