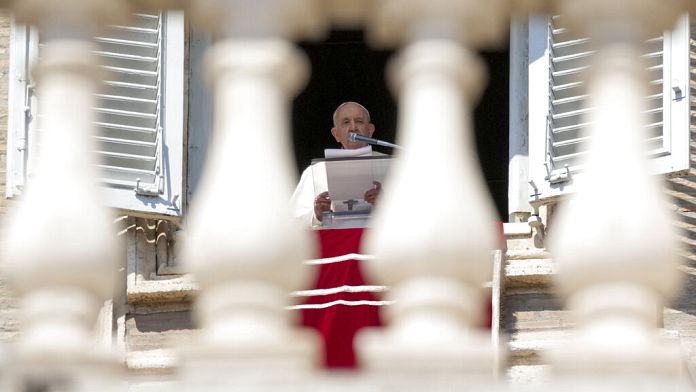 Pope Francis on Saturday published a new “constitution” governing the functioning of the government of the Catholic Church, which in particular introduces more financial transparency, a promise made before his election in 2013.

The dicasteries (ministries) of the Roman Curia (Vatican government), operating for decades with opaque funding in a vacuum, were initially very reluctant to accept more centralized management, now written in black and white in the constitution.

Entitled “Praedicate Evangelium” (Announce the Gospel), it replaces a previous text promulgated by the Polish Pope John Paul II in 1988. It incorporates many reforms already decided by the Argentinian Francis during his nine-year pontificate.

Among these upheavals, the possibility for lay people and Catholic women to lead sections of Vatican governance, as well as the integration within the Curia of a papal advisory commission on clergy sexual abuse.

It also introduces new things. The 54-page text, which will come into force on June 5, thus makes increasing the ranks of the 1.3 billion Catholics in the world a priority for the Church. It creates in effect a “dicastery” devoted to evangelization which will be directed by Pope Francis himself.

In an unprecedented step, the 85-year-old pontiff had immediately formed a group of cardinals to advise him on how to reform the secular institution of the Curia.

Calling oneself “chief evangelist” embodies a “tectonic shift towards a more pastoral and missionary church”, analyzes David Gibson, director of the Center on Religion and Culture at Fordham University, on his Twitter account.

Francis affirms that every baptized Christian is a missionary. “It cannot be ignored in updating the constitution of the Curia, whose reform must provide for the participation of lay people, men and women, even in roles of government and responsibility”underlines this expert.

The Vatican Commission for the Protection of Minors, hitherto a somewhat dormant advisory body to the pope, will be integrated into the ministry that oversees canonical (Vatican justice) investigations into cases of sexual abuse committed by clergy. That is to say that of the Doctrine of the Faith (former Inquisition), one of the 16 dicasteries now included in the new constitution.

In doing so, the pope “effectively establishes the first office of protection (against abuse) in the Vatican,” notes Christopher Lamb, a journalist with the British Catholic newspaper The Tablet.

Cardinal Sean O’Malley, who heads the Commission, said it was a “significant step forward” at the institutional level, which will strengthen the fight against a scourge that has hit the Church in the world.

But Marie Collins, an Irish survivor of clerical abuse who sat on the Commission before resigning with a bang in 2017 decrying the brakes within the Curia, instead denounced the novelty as a stark setback.

“Close our skies”, the Ukrainian president implores the United States to prevent the Russian strikes