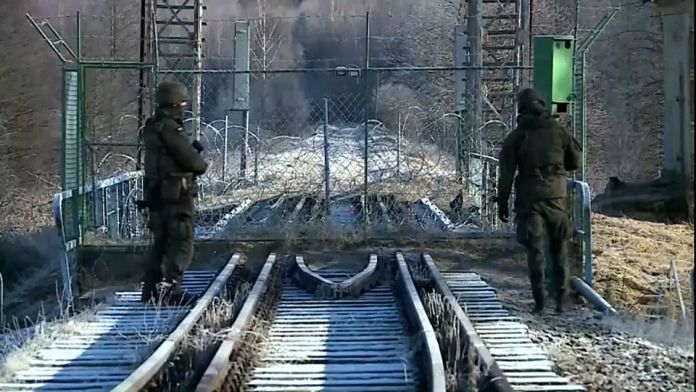 It’s at the Polish-Belarusian border that several smugglers accused of migrant smuggling have been arrested by Polish border guards. The detainees came from Tunisia, Georgia, Ukraine but also from Syria or Poland.

According to Anna Michalska, representative of the Polish border guards, in most of the cases, “people crossing the border do not want to stay in Poland. 90% of them want to go to other countries, mainly in Western Europe“

Here, hundreds of migrants left the area. Some return to Iraq or continue to live in camps… Others try to cross the borders, paying large sums to the smugglers, as detailed Artur Szykula, spokesman for the prosecutor’s office : “The treasurers have distributed a considerable sum for the criminal activity of the group: 8 million 700,000 euros. The couriers, for example, received the amount of more than 4 million 300,000 euros.“

The European Union accuse him Belarus for having created this migratory crisis by promising an easy crossing of Europe. For its part, the country denies, rather criticizing the institution for not having welcomed the migrants.