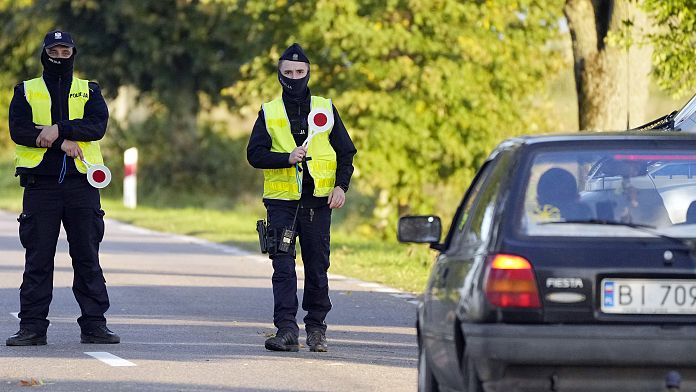 Poland”s parliament on Thursday approved an amendment to the national law on foreigners that legalizes the controversial practice of refoulement at the border and allows an asylum request made after the illegal border crossing to be ignored.

Parliament has also given the green light to the government’s building a wall to prevent migrants from crossing the border, a project estimated at 353 million euros.

According to the new amendment, a foreigner stopped at the EU border immediately after crossing it illegally will be forced to leave Polish territory and imposed a temporary ban on entry into Poland and the Schengen zone for a period of “from six months to three years“.

The Polish authorities have kept the right”to leave without review” the application for international protection filed by an alien arrested immediately after the illegal crossing of the border (…) unless it has arrived directly from a territory”where his life and freedom are threatened“.

This measure is much maligned by rights defenders, as it allows ignore asylum requests formulated after the illegal crossing of the border. This practice is also prohibited by the Geneva Convention, signed by Poland. Many NGOs also criticize Poland for imposing a state of emergency at the border, which prevents humanitarian organizations from helping migrants and prohibits access to all non-residents, including journalists.

A total of seven people have lost their lives at this border since the beginning of the migratory influx observed in the region since the summer, according to the Polish, Lithuanian and Belarusian authorities. The European Union accuses Minsk of orchestrating this influx, in retaliation for EU sanctions imposed following the repression of the opposition by the Belarusian regime.

Migrants who come massively to Belarus, are then directed to the borders of the EU. They remain under surveillance by Belarusian border guards and Polish, Lithuanian and Latvian law enforcement agencies.

A month ago, the Office of the United Nations High Commissioner for Refugees (UNHCR) said to itself”concerned about alarming information“on the Polish border.

“All states have the right to manage their borders in accordance with international law, but provided they respect human rights, including the right to asylum“, recalled UNHCR, adding that according to the 1951 Refugee Convention, signed by Poland, “asylum seekers should never be penalized, even for irregular border crossing“.

Frans Timmermans: “The gamble is on the fate of coal”