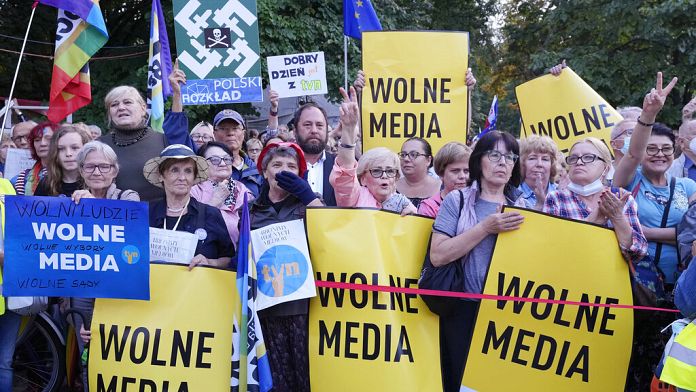 The Polish parliament has passed a controversial media law. For the opposition, this text poses a threat to press freedom.

The vote took place during a stormy session in Parliament, the day after the break-up of the ruling coalition. It was therefore by a narrow majority that the text was adopted.

For the opposition, this law constitutes a threat to press freedom.

Concretely, this text prevents non-European shareholders from having majority stakes in Polish media. And this includes a private channel, TVN, critical of the Conservative government, a channel funded in part by the American group Discovery.