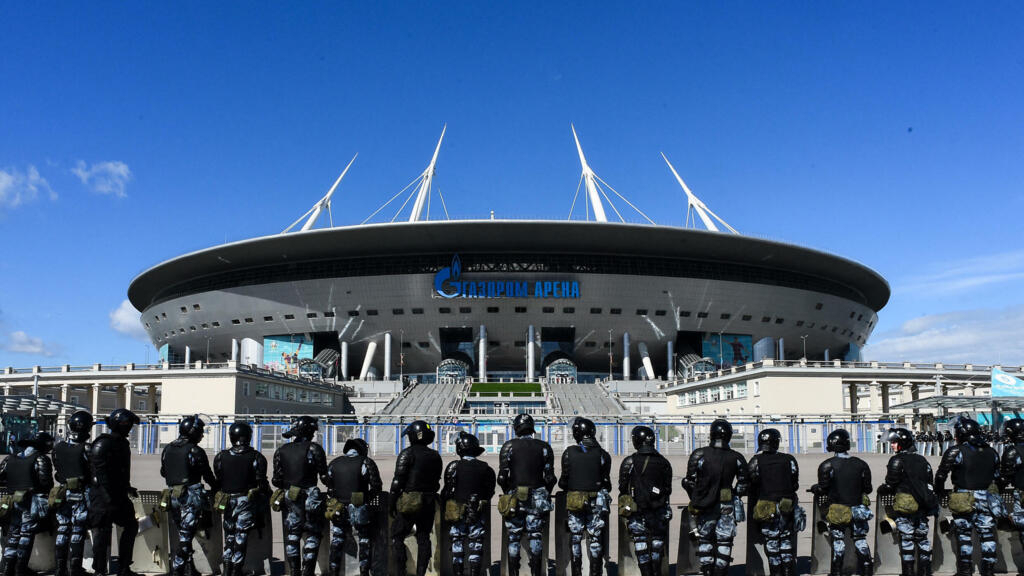 British Prime Minister Boris Johnson called on Tuesday for the organization of the Champions League final, scheduled for May 28 in Saint Petersburg, not to take place in Russia after Moscow recognized pro-Russian separatist regions in eastern Ukraine. UEFA did not react officially. UEFA has not yet officially reacted

The situation in Ukraine could impact the Champions League. While the C1 final is scheduled for May 28 in Saint Petersburg, British Prime Minister Boris Johnson ruled out on Tuesday February 22 that Russia could host international football competitions after Moscow’s recognition of pro-Russian separatist regions in eastern Ukraine.

“It is absolutely vital at this critical time that President Putin understands that what he is doing will be a disaster for Russia,” Boris Johnson said after announcing sanctions against Russian banks and oligarchs in parliament. “And it’s clear, given the world’s response to what he’s already done in Donbass (eastern Ukraine, editor’s note), that he’s going to end up with a poorer Russia because of the sanctions that the world will implement.”

“A more isolated Russia, a Russia with pariah status,” he added. “No chance of holding football tournaments in a Russia that is invading sovereign countries,” he continued, saying he hopes Vladimir Putin “steps back from the precipice” and does not carry out a “total invasion” of Ukraine. .

Russia, host country of the 2018 World Cup, is to host the Champions League final on May 28 in Saint Petersburg. The Gazprom Arena hosted several Euro matches played last summer, including a quarter-final.

British Minister for Sport and Culture Nadine Dorries said on Twitter that she had “deep concerns” about the organization of sporting events in Russia, citing in particular the Champions League final.

I have serious concerns about the sporting events due to be held in Russia, such as the Champions League Final, and will discuss with the relevant governing bodies.

We won’t allow President Putin to exploit events on the world stage to legitimize his illegal invasion of Ukraine.


“We will not allow President Putin to exploit events in the international arena to legitimize his illegal invasion of Ukraine,” she added, adding that she would speak with the “relevant governing bodies”. .

The final at Wembley?

Boris Johnson’s spokesperson had previously indicated on Tuesday that the organization of this final fell within the competence of UEFA. The European Football Confederation has not yet responded to AFP’s requests. She had previously communicated that she is “constantly and closely monitoring the situation” of the crisis in Ukraine

However, according to The Daily StarUEFA could decide, in the event of an invasion, to relocate the final of the Champions League, scheduled for May 28 at the Gazprom Arena in Saint Petersburg.

The British media specifies that Wembley Stadium (London) is seen as a possible alternative to host the C1 final, especially if the poster is entirely English.

As usual, Russia reacted by hiding behind the supposed apoliticism of sport:

“We are not paying attention to the various comments from the British media,” said the head of the local organizing committee in Saint Petersburg, Alexey Sorokin, at TASS, one of the official agencies of Russia. “We’ve been dealing with this for 15 years – since 2008 when something was supposedly going to be taken from us,” he explained, referring to when Russia staged the Champions League final in Moscow in 2008.

“UEFA is a major international sports organisation, it operates outside of a political context. The organizing committee and UEFA have not had any discussions about this and cannot have any,” added the Russian official.

UEFA had to relocate the last two Champions League finals, to Lisbon in 2020 and then to Porto in 2021, due to the pandemic which prevented the match from being played in Istanbul, as originally planned for those two years.

Four of the last six C1 finalists have been English clubs, including Chelsea, crowned in 2021, and Liverpool, champion two years earlier.

France against Tunisia, Senegal against Qatar … Discover the 8 groups of the World Cup-2022

Jo-Wilfried Tsonga, the most brilliant of the Four Musketeers