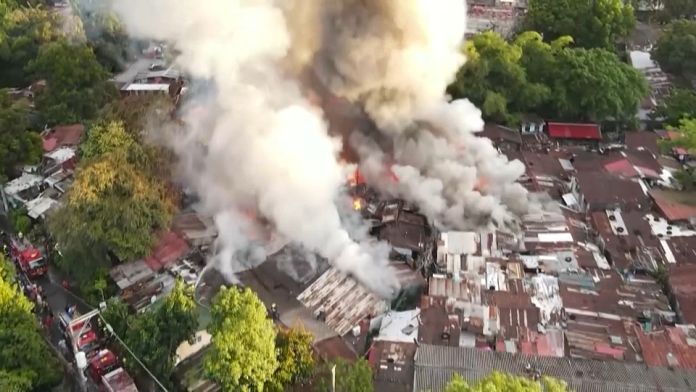 Eight people, including six children, died in a fire which ravaged a poor district of Manilathe capital of Philippinesfirefighters announced on Tuesday.

Three other people were injured in the fire which broke out around 5am on the second floor of a house in a crowded slum located in the expansive campus of the University of the Philippines.

Firefighters took almost two hours to put out the fire that destroyed 80 houses. Due to the rapid spread of the fire, people found themselves trapped inside their homes, which were built of lightweight materials.

An investigation was opened to find out the origin of this fire.

More than 13 million people live in the densely populated Philippine capital, with tens of thousands living in crowded slums where fires are frequent.

Many residents have fled the poverty of rural areas to live in Manila hoping to find a job.

“We must recognize” that Ukraine will not be able to integrate NATO, says President Zelensky

Russia: last rehearsal before the May 9 parade, Ukraine in mind