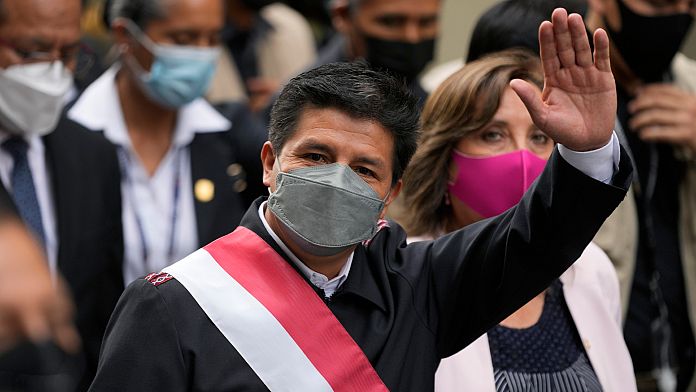 Peru’s left-wing president Pedro Castillo escaped impeachment on Monday by the right-wing opposition-dominated parliament, which had filed a case for “moral incapacity”.

After more than eight hours of debate, 55 MPs voted for impeachment, 54 against and 19 abstained. A minimum of 87 votes was required by the Constitution for the impeachment to be pronounced. “The resolution to declare the Presidency of the Republic vacant was not approved“said Parliament Speaker Maria del Carmen Alva after the vote shortly after 11 p.m. local time.

The result is not a surprise. Of the 130 parliamentarians, the right-wing opposition could only hope to bring together 80 in its fold. The Marxist presidential party Peru Libre (37 elected) and related form a group of 50 parliamentarians, sufficient to protect the president from any eviction.

However, this is the second parliamentary rebellion faced by the president, elected last July.

The opposition accused him of having intervened in a case of corruption allegedly carried out by his entourage and of having committed “treason” by declaring himself open to a referendum on an outlet to the Pacific Ocean for the landlocked Bolivian neighbor. She also blamed him for the repeated ministerial crises and the formation of four governments in eight months, an unprecedented event in Peru.

Six impeachment motions in Peru since 2017

The parliamentary session opened with questions to Pedro Castillo, dressed in a traditional gray Andean costume with the red and white presidential sash. He judged”invalid“the motion brought against him because”it does not contain a single element that validly supports it“, considering that it is reduced to “a compilation of releases from a sector of the press“, implied close to the opposition. He then left the hemicycle and his lawyer, José Félix Palomino, defended him.

Outside the Legislative Building, pro and anti Castillo rallies formed. It was the sixth impeachment motion by the Peruvian Parliament for “moral incapacity” against a sitting president since 2017, after Pedro Pablo Kuczynski (right) in 2018 and Martin Vizcarra (center) in 2020.

The eviction of Martin Vizcarra had triggered violently repressed demonstrations which left two dead and a hundred injured. His departure had led Peru to have three presidents in five days.

This clash of powers between the executive and the legislature, a constant in Peru, has aroused the concern of the Community of Latin American and Caribbean States (CELAC), which has called for respect for the “will of the people“. A poll by the Ipsos Institute published on Monday reveals that 79% of Peruvians disapprove of the obstructive actions of Parliament, although distrust of President Castillo remains very strong (66%).

On the sidelines of the Olympics, journalists visit the Great Wall of China