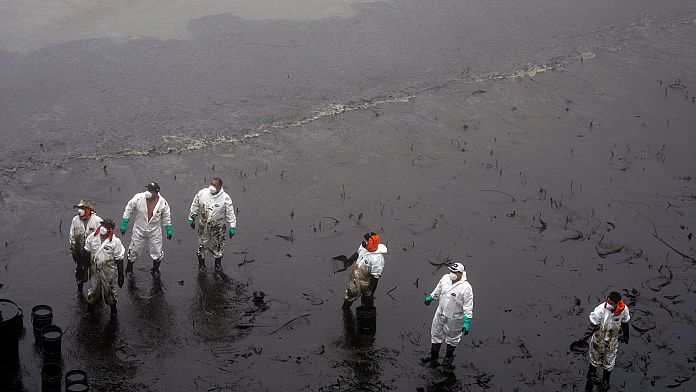 The Peruvian government on Saturday announced a 90-day “environmental emergency” for the coastal area damaged by the spill of 6,000 barrels of crude oil a week ago, an oil spill that continues to spread and despair residents.

Thanks to this measure, the authorities foresee a “sustainable management of the affected areas”, with “recovery and sanitation works” to mitigate the consequences of this disaster.

The Peruvian coasts north of Lima were stained with oil that spilled at sea when crude oil was unloaded from a tanker at the La Pampilla refinery, owned by the Spanish company Repsol, in the region of Lima.

According to the refinery, the accident which took place on January 15, was caused by a violent swell, following the volcanic eruption in Tonga. The tanker, the “Mare Doricum” flying the Italian flag, was loaded with 965,000 barrels of crude oil.

For the Peruvian Ministry of the Environment, the declaration of emergency is justified by the fact that the oil spill “constitutes a sudden event with a significant impact on the biologically diverse coastal marine ecosystem and represents a high risk to public health”. This statement indicates that Repsol is responsible for implementing the immediate and short-term action plan.

For its part, Repsol considers that it should not bear the responsibility for this disaster, pointing out the fact that the Peruvian maritime authorities had not issued a warning about the possible consequences of the eruption in Tonga.

The company has nevertheless deployed teams and specialized equipment to combat pollution at sea and on land.

Bulgaria: the ex-Prime Minister released, a “sabotage” of the fight against corruption?