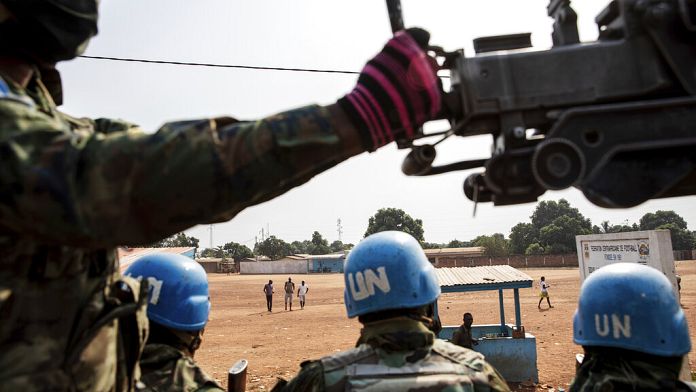 Four French soldiers escorting a general of the UN force were arrested Monday at Bangui airport, immediately triggering accusations of “attempted assassination” of the Central African president on social networks, qualified by Paris and the UN rough handling.

The four men were still in the premises of the gendarmerie in the evening, told AFP in Paris an official of the general staff of the French armies, adding: “the problem is being resolved, at this stage, there is no worry.”

“The close protection team of General (Stéphane) Marchenoir, Chief of Staff of the Force of the Minusca (United Nations Mission in the Central African Republic), made up of four French soldiers, was arrested this afternoon at Bangui airport” while they were escorting the general who was to fly to Paris, the embassy said in a press release on its Twitter and Facebook accounts.

Many private accounts then spread on social networks in accusations against the French soldiers claiming in particular that they had wanted to “assassinate” the Central African president Faustin Archangel Touaderawith many photos of their alleged vehicle and weapons “seized” during their arrest.

This incident comes at a time when relations between France and its former colony are increasingly tense, exacerbated by a fierce war of influence between Paris and Moscow, in this country in civil war since 2013.

France accuses the Central African Republic of being “accomplice” of an anti-French campaign orchestrated by Moscow, in particular by countless trolls on social networks and in certain media. And Moscow criticizes Paris for accusing the Russian private security company Wagner of seizing the country’s power and resources.

“The embassy deeply regrets this incident. It condemns its immediate instrumentalization on certain malicious networks and the gross disinformation to which it gives rise”, wrote the diplomatic representation on Monday evening.

“They were at the airport to escort the general, it was a coincidence that at the same time, the president’s plane Touadera landed,” explained the Parisian army staff to AFP.

“Without particular reasons, they were arrested by the Central African gendarmerie while they were near the airport and charges relating to an attempted attack were made via social networks,” the source continued.

In a statement, the Minusca “regretted this incident and strongly condemns its instrumentalization on social networks, in an attempt to manipulate public opinion”. “She categorically rejects the charges of undermining state security,” concludes the peacekeeping force.

The Minusca has about 15,000 soldiers and police in this country among the poorest in the world and in civil war for almost nine years.

At the end of December 2020, a coalition of several of the armed groups which then controlled more than two-thirds of the Central African Republic launched an offensive towards Bangui to overthrow the president. Touadera on the eve of the presidential election.

The Head of State, finally re-elected, had then called on Moscow to the rescue of his impoverished and poorly trained army and hundreds of Russian paramilitaries had come to add to many others present for three years. “Unarmed instructors” assures Moscow, Wagner fighters, according to the UN and France, who accuse them of committing human rights violations.

Since their dazzling counter-offensive, the Central African military, mainly thanks to Russian paramilitaries, have regained most of the territory, pushing the rebels out of the towns and their main strongholds. The latter are now carrying out furtive guerrilla actions against the security forces and civilians.

News of the day | February 1 – Morning

“He promised it, let him do it”: when Lukashenko claims that Putin promised to appoint him colonel