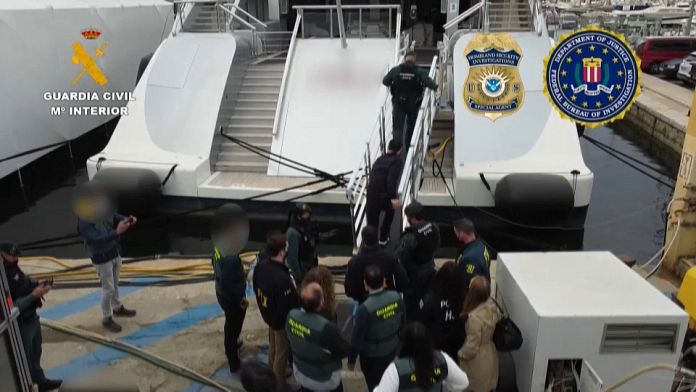 The yacht of a Russian oligarch, close to Vladimir Putin and targeted by American sanctions, was seized on Monday in the Balearic archipelago at the request of the United States, Spanish and American authorities announced on Monday April 4.

The operation was carried out at Palma de Mallorca by the Spanish Civil Guard and US federal agents from the FBI and HSI (Homeland Security Investigations) under a US Letter of Request.

Baptized “Tango“, this boat of 78 meters long, estimated at more than 90 million euros“is owned by Russian multi-millionaire Viktor Vekselberg“, according to the Civil Guard.

It’s about the “first seizure of a property belonging to a sanctioned individual with strong links with the Russian regime carried out by our unit“investigators”and it won’t be the last“warned the US Secretary of Justice Merrick Garland in an official statement.

Washington announced in early March the creation of a cell of investigators responsible for tracking down and seizing the luxury goods of the sanctioned oligarchs.

This operation “proves that corrupt Russian oligarchs cannot escape punishment to live a life of luxury while innocent Ukrainians suffer“, outbid the assistant to the American Minister of Justice Lisa Monaco.

At the beginning of March, the US President Joe Biden had threatened to seize the “yachts, luxury apartments, and private jets“, “ill-gotten” of “corrupt russian oligarchs“.

According to the Civil Guard, the Spanish and American agents seized documents and computer devices in order to “confirm the identity of its real owner“while this yacht”flies the flag of the Cook Islands and is registered in the name of a company based in the British Virgin Islands which is itself managed by companies in Panama“.

“If Viktor Vekselberg, very close to Vladimir Putin, is not targeted by the sanctions of the European Union, he is sanctioned by the United States Treasury Department, where an investigation has been opened against him for tax evasion, money laundering and use of forgery, precisely in connection with the concealment of the real ownership of this luxury yacht to avoid sanctions“, she continued.

Viktor Vekselberg is on a list of seven Russian oligarchs close to the Kremlin sanctioned in April 2018 by Washington, which accuses them in particular of having participated in “_attacks by Russia against Western democracies_s”.

Following these sanctions, the oligarch, domiciled in the canton of Zug in Switzerland, had reduced its participation in several Swiss industrial companies so that they can escape US sanctions.

It’s about fourth yacht seized in Spain since the beginning of the Russian invasion of Ukraine on February 24. The other three were suspected of belonging to oligarchs subject to EU sanctions.