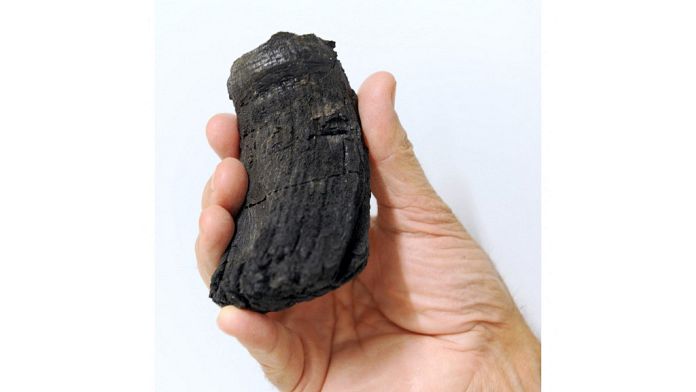 Scientists have discovered in Switzerland the fossils of three huge marine reptiles, ichthyosaurs that lived about 205 million years ago.
Among the discoveries, the largest tooth ever found from this animal, according to a study published Thursday.

The fossils of three huge marine reptiles, ichthyosaurs that lived about 205 million years ago, have been discovered in the Swiss Alps, including the largest tooth ever found from this animal, according to a study published on Thursday.

Weighing up to 80 tons and measuring more than 20 meters, ichthyosaurs, which had an elongated body and a small head, are considered one of the largest animals to have ever existed.

These would have rivaled our current large sperm whales, while remaining smaller than the largest living animal on Earth today, the blue whale (up to 30 meters long).

Few fossils of this prehistoric giant have been discovered so far, which constitutes “a great mystery”, according to Professor Martin Sander, main author of this work published in the Journal of Vertebrate Paleontology.

The specimens in question were unearthed between 1976 and 1990, in the canton of Grisons in Switzerland, but have only recently been studied in detail.

Funny fact: they were found at an altitude of 2,800 m. The seabed of the time, which surrounded the only existing super-continent (Pangea), was gradually found, due to plate tectonics, at the top of these mountains.

From a first ichthyosaur were found a series of ten rib fragments, accompanied by a vertebra, suggesting an animal about 20 meters long. Or more or less the equivalent of the largest specimen ever discovered (21 meters), named Shonisaurus sikanniensis and found in Canada.

The second animal measured about 15 meters, according to the seven vertebrae examined.

But the highlight of the show is this tooth “enormous, even for an ichthyosaur: its root is 60 millimeters in diameter“, detailed in a press release Martin Sander, of the University of Bonn.

The specimen found in Canada apparently had no teeth. Ichthyosaurs with and without teeth would have cohabited, according to the study.

The largest tooth discovered so far (and the only other for a giant ichthyosaur) measured 20 millimeters in diameter, from an animal almost 18 meters long.

Most of the crown of this new tooth is unfortunately missing. The size of its host cannot therefore be deduced. According to the researcher, “it is unclear whether the tooth is from a large ichthyosaur with giant teeth, or a giant ichthyosaur with standard-sized teeth.“