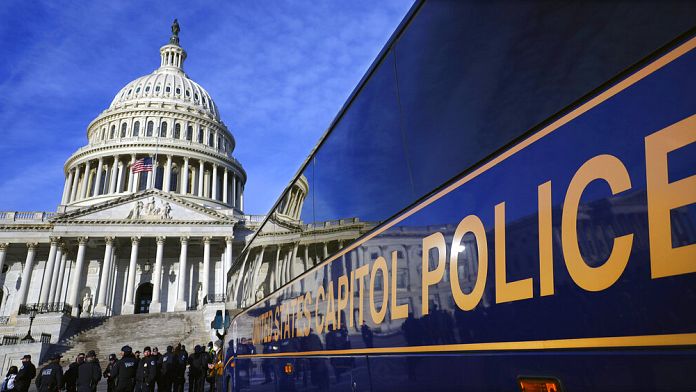 the January 6, 2021, a crowd of demonstrators invaded by force the building of the Capitol, temple of American democracy. One year after the attack on Congress, elected officials are struggling to heal the wounds of this day during which five people died including a police officer.

When the supporters of Donald trump storm the Capitol, they are convinced that an electoral fraud deprived the Republican of victory, an assertion without any foundation. On Twitter, the former president has for months – and long before the election – instilled the idea that the election could be rigged. He repeated these accusations during a rally outside the White House, just before the assault.

A year later, this lie continues. Two-thirds Donald Trump voters thus continue to think that the democrat was not legitimately elected and that fraud took place during the 2020 poll. Allegations of fraud fed by pro-Trump sites.

The investigations are still in progress and several points remain to be clarified in order to understand all the ramifications that led to this event. This ” huge work “, represented ” one of the biggest investigations in FBI history », Notes Lorenzo Vidino, director of Extremism Program from George Washington University for AFP. According to this program, 705 individuals are prosecuted at the federal level at the present time, mainly men, of 39 years on average.

The photos of this man from Arkansas with his feet on the desk of Nancy Pelosi have traveled the world. According to AP, Richard barnett defines himself on his social networks as a supporter of Donald Trump and an activist in favor of the carrying of a weapon.

According to Department of Justice, Richard Barnett faces seven counts for which he pleads not guilty.

Jacob Chansley, who became known on the networks as “QAnon Shaman”, is another prominent figure of the day of January 6, photographed in the precincts of the Capitol, shirtless, the painted face, with a buffalo horn headdress. This pro-Trump activist regularly relayed conspiracy theories.

On November 17, 2021, Jacob Chansley who pleaded guilty to ” obstructing a formal procedure Was sentenced to a prison term of almost three and a half years by a federal court in Washington.

This supporter of the former president was sentenced in December 2021 to five years in prison for assaulting the police during the assault on the Capitol. He had been seen throwing boards, a fire extinguisher and other objects at the police. It is the heaviest sentence handed down to date.

There remains the question of those who, absent from the scene, incited or orchestrated the assault. For now, prosecutors are leaving it up to elected officials of Congress to investigate them. A special commission was set up in July 2021 in order toestablish responsibilities of the different protagonists. Originally intended to be bipartisan, this commission ultimately consists of seven Democrats and two Republicans.

Commission is keen to publish its findings ahead of the November 2022 midterm elections, during which Republicans could regain control of the House and bury its work. With this deadline in mind, the committee is moving forward: shehas already heard more than 300 witnesses, said Thursday Liz Cheney, according to AFP. This elected from Wyoming, is part with AdamKinzinger of the two Republicans who are members of the commission.

If Republican senators have allowed Donald trump to be acquitted after an impeachment trial organized in February, the former president was not out of the woods.

A standoff has started between the commission of inquiry and the network around the former president. The latter, who continues to deny any responsibility for the assault, denounced in December ” a political game “. In addition, the former real estate mogul tried by all means toprevent the commission from getting hold of documents likely to incriminate him. He notably invoked the presidential privileges to keep certain information secret.

Among the criticisms heard even in the party of the former president against him: that of having remained silent throughout the duration of the assault. ” He could have gone on television to tell his supporters to stop, he could have told them to withdraw, to go home. He did not do it (…) It’s hard to imagine a more serious abandonment of his responsibilities », Launched this Sunday Liz Cheney, on ABC television.

If the former president had planned to give a press conference from his property in Mar-a-Lago (Florida), he finally announced there to renouncer this Thursday. A statement says he will speak at a rally in Arizona on January 15th.

The 62-year-old is theformer chief of staff of Donald Trump and one of his closest advisers during his presidency. After giving several thousand documents at the commission, he did an about-face and has since refused to testify in the investigation into the assault. In December 2021, elected officials from the U.S. House of Representatives voted in favor of legal pursuits against him.

Another close to Donal Trump, Steve bannon notably led his campaign before being appointed strategic advisor, he also snubbed the commission of inquiry. He was charged with two counts of criminal contempt punishable by prison. His trial is scheduled for July 18, 2022.

The commission intends to take advantage of the momentum around the anniversary of this assault to put pressure on the Trump camp.