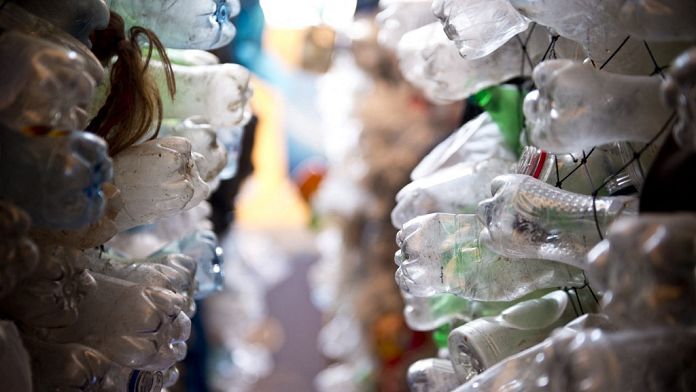 Protecting the high seas and fighting against the invasion of plastic: around thirty heads of state and government committed themselves on Friday in Brest, around Emmanuel Macron, to better protect the ocean, essential for climate regulation and rich in biodiversity, but undermined by human activities. “The ocean is in danger: pollution, chemicals, plastic waste, overexploitation“, thus alerted the President of the European Commission, Ursula Von der Leyen.

In 2022, several important international meetings will be held around the oceans. The Brest summit and the commitments that will be made there “will make it possible to consolidate useful actions and aessential international agendafor the year 2022“, declared the French president.

The political leaders who have succeeded in Brest, present or on video, have committed themselves to several issues, including progress towards global treaties for the protection of the high seas and against plastic pollution.

Among those present, the President of the European Commission Ursula von der Leyen or the American envoy for the climate John Kerry, but also the Egyptian President Abdel Fattah al-Sissi, whose country will organize the COP27 on the climate in November, and Portuguese President Marcelo Rebelo de Sousa, who will host a UN summit on the oceans in Lisbon at the end of June. Other leaders intervened by video messages.

Among the main advances, Ursula von der Leyen announced from Brest the launch of a coalition comprising the 27 EU member states and 13 other countries to conclude an ambitious treaty intended to protect the high seas, which is not under the jurisdiction of any state.

Negotiations for such a treaty have been underway under the aegis of the UN since 2018, but discussions were interrupted by the Covid-19 epidemic. The fourth and theoretically final negotiating session is scheduled for March in New York.

“We are very close but we have to give impetus to conclude it this year“, insisted the European leader. “This is an important and providential commitment”welcomed Peggy Kalas of the High Seas Alliance, which brings together several NGOs.

The United States has announced its support for the launch of negotiations under the aegis of the UN for an international agreement against plastic pollution. The United States thus joins a dozen countries and the whole of the European Union.

The launch of these negotiations will be examined at the 5th Assembly of the United Nations for the environment at the end of February, in order to reach an international agreement against the pollution caused by the 8.3 billion tonnes of plastics produced since the 1950s. “We need an agreement that ensures the highest possible level of ambition“, claimed John Kerry.

Other topics were discussed, such as reducing greenhouse gas emissions from the maritime sector, which is not affected by the Paris Climate Agreement. Or, as demanded by Emmanuel Macron, the elimination of public subsidies encouraging overfishing and illegal fishing, a subject under discussion at the World Trade Organization.

France took advantage of the summit to formalize the extension of the French Southern and Antarctic Lands Nature Reserve (TAAF), in the southern Indian Ocean, home to large populations of marine mammals and seabirds. The nature reserve will cover 1.6 million square kilometers and thus become the second largest marine protected area in the world.

For NGOs, France, the second largest maritime power in the world, is not up to the task of properly protecting its seas and oceans. About 150 people gathered Friday morning in Brest at the call of Greenpeace and the association Pleine mer to denounce “a blue washing operation”, in reference to “green washing”, which defines the communication techniques of companies to make believe that they are carrying out an ecological policy.

“We have a President Macron who announces that he is the champion of the oceans and who behind does nothing, even defends extremely destructive industrial activities“, deplores François Chartier, of Greenpeace France.

“It’s a step in the right direction, but again, what we want is to see if it will work concretely in a month in New York during the UN negotiations. We hope that will be the case“, for her part, estimated at the microphone of Euronews Coralie Barbier, campaign manager for the Protection of the Ocean at Greenpeace.

The environmental association also wanted to denounce “the double game of Emmanuel Macron”, who had announced in October 2021 his will “explore the deep sea“.

“This preliminary phase of exploration, presented by E. Macron with a scientific objective, aims above all to study the feasibility of a mining which would like to be sustainable. The President’s position on this subject is yet another proof of the inconsistency between his words and his actions in the face of climate and environmental issues.“, estimates François Chartier in a press release.

Greenpeace France asked the French president to clarify his position on deep sea mining, and launched a petition for France to sign the call for an international moratorium against this destructive industry, which has already collected nearly 60,000 signatures.

France Nature Environnement (FNE) handed over Thursday a petition signed by half a million people to denounce the “massacre of common dolphins” off the French coast, caught in fishing gear”.

Does the drone that crashed in Croatia belong to the Russian or Ukrainian military?