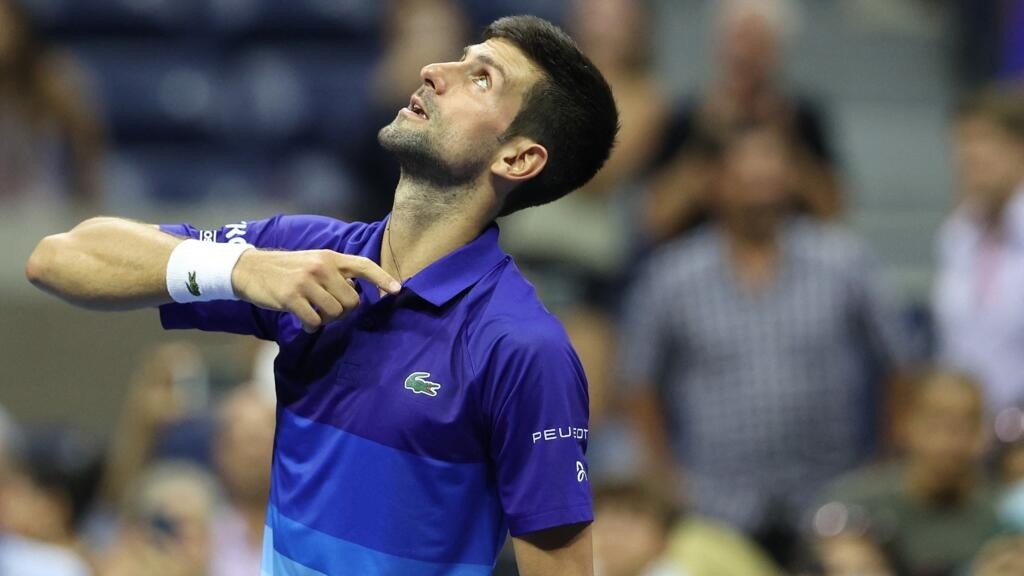 Revenge at the top in the last square of the US Open. On the road to a double feat, world No. 1 Novak Djokovic meets on Friday Alexander Zverev, the reigning Olympic champion and the last man to beat him in competition.

An unprecedented calendar Grand Slam under the Open era doubled absolute record for wins in Majors. This is the gargantuan goal of Novak Djokovic, the world No. 1 always hungry for records, at the US Open. In the semi-finals on Friday 10 September, he will have on his way the one who could prove to be his greatest threat : the German Alexander Zverev, in great form since his victory at the Tokyo Olympics where he had dismissed the Serb at the same stage of the competition.

“I know it’s going to be a tough battle. But I’m ready. These are the obstacles I have to overcome to get to the desired place,” said the world No. 1 on Wednesday night, coming off his quarter-final victory over Italy’s Matteo Berrettini, the most convincing of the tournament so far.

Novak Djokovic won 5-7, 6-2, 6-2, 6-3 in 3 hours 30, at the expense of the Italian (8e global). And he lost a set again, the first. But unlike the previous matches, in which he ended up gaining the upper hand by giving the impression of mostly fighting against himself, this time he offered his best tennis in the next three rounds.

“I think it was a great performance overall,” Djokovic said, believing that these last three sets were “the best (he has) played in the tournament”.

The Arthur-Ashe centre court was however a given to the Italian’s cause. However, “Djoko” is never as loud as when he is with his back to the wall, in the middle of a decibel storm. And he enjoyed a capital confidence against the slugger he beat twice in Grand Slams, each time in four sets, in the quarter-finals of Roland Garros in June and in the final of Wimbledon in July. And what had to happen happened: “Nole” returned the audience, who reserved for him a standing ovation at the end of the game.

Two steps away from the feat that would put him at the top of the tennis pantheon, Djokovic knows the challenge will be tough. Alexander Zverev has been in brilliant form since winning a gold medal at the Tokyo Olympics in early August. The Cincinnati Masters 1000 pocketed in stride, the 4e world player is now 16 wins in a row, having passed each of his rounds without a hitch.

A performance that could gently make the “Djoker” laugh : the Serb remains on 26 consecutive Grand Slam victories.

“Against Novak, you have to play the best tennis possible. You must be perfect, otherwise you will not win. But most of the time, this is impossible. That’s why most of the time people lose to him,” says Zverev, who is the latest to pull Djokovic out of a tournament. It was in the semi-finals in Tokyo, reversing a situation yet compromised. “You have to go for the victory, you have to be the one who dominates the exchange. It must be done with very few direct mistakes. He’s the best player in the world. It is very difficult to beat.”

What Zverev hopes to have is immense confidence, which shines through on the courts at Flushing Meadows. Even where, last year, he ended up cracking in the final, knocked down by Austrian Dominic Thiem.

“Alexander is in fantastic shape. But it is a best-of-five-set match that awaits us, in a Grand Slam,” Novak Djokovic analyzes.

Indeed, the German is not known for his performances over five sets. He has never beaten a member of the top 10 in this format. If he has a positive best-of-three record (32 wins, 28 losses), Zverev has always lost in the long version (0-12), reminds the Team.

“Physically, I feel as fit as anyone else. I’ll be ready to face him in five sets, five hours, whatever it takes. That’s why I’m here,” knowingly recalled Djokovic, who loves nothing so much as the battles that last, believing himself to be the most armed to win them.

The epic fight in the semi-finals of Roland-Garros which he emerged victorious against Rafael Nadal was the shining proof in June. But on the Parisian clay, he was not necessarily the favorite and did not have the immense pressure that weighs on his shoulders today.

The mental weight of the feat

In New York, Novak Djokovic is simply attempting the greatest tennis feat of the modern era : winning a fourth US Open to complete the Grand Slam in the same year, which has not been achieved since Rod Laver in 1969 and would also bring the record for Majors won by a player to 21, ahead of Rafael Nadal and Roger Federer.

Two steps away from History, “Djoko” has also refused to raise yet another time this subject, which returns with insistence at every press conference. “If I start thinking about it too much, it weighs on me mentally. We’ll talk about it on Sunday, I hope.”