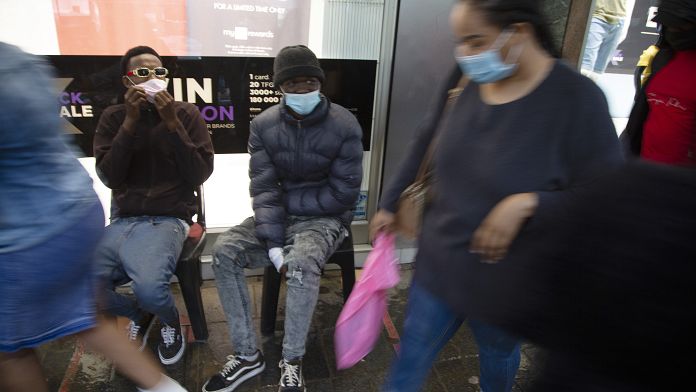 South Africa called Sunday evening to the “immediate and urgent lifting“travel restrictions targeting her after the detection of the novel Omicron variant of the coronavirus, supported by the WHO which requests that”borders remain open“.

And several neighboring countries, also affected, denounced these measures during the day, the President of Malawi even going so far as to judge them “afrophobic“.

South African President Cyril Ramaphosa said to himself “deeply disappointed“by these border closures which in his eyes represent a form of”discrimination against our country“and its neighbors.

These restrictions also directly contradict the commitments of the G20 in Rome last month in favor of tourism and international travel, continued Mr. Ramaphosa, in a harsh but calm tone, in a televised speech.

They only do “further damage our economies and undermine our ability to respond to and recover from the pandemic“, he said.

The president of the Malawi, Lazarus Chakwera, which currently holds the rotating presidency of SADC (which brings together sixteen southern African countries), had previously estimated that the restrictions “unilateral travel imposed“to these countries by”Great Britain, the European Union, the United States, Australia and others are irrelevant“.

“We are all worried about the new variant of Covid and we must thank the South African researchers who identified it before anyone else“, he estimated.”But decisions about Covid must be based on scientific facts, not afrophobia“.

The new variant has been classified “worrying“by theWHO, who however advised against travel restrictions, believing that it will be necessary “Several weeks“to understand Omicron’s virulence. The organization called on Sunday that”borders remain open“, standing “alongside African countries“.

WHO has also called on world leaders to “take a scientific approach“, based on “risk assessment“before deciding on new restrictions.

In southern Africa, onlyAngola announced Sunday the suspension of air links with most of its neighbors.

At Botswana, the Minister of Foreign Affairs Lemogang Kwape, without citing Angola, insisted on the necessary “solidarity“regional.”We don’t want to geo-politicize this virus“, he said.

Mr. Ramaphosa also engaged in a teaching exercise to convince his fellow citizens of the need and urgency to be vaccinated in a country where millions still show strong reluctance.

Referring to the steady rise in recent days in the number of new confirmed cases, especially around Johannesburg and Pretoria, he confirmed that the country was heading for a fourth wave “in the next few weeks, if not sooner“.

But far from being inevitable, “we have a powerful tool, it’s called vaccination!“, recalled forcefully the president.

While the detection of Omicron has isolated the country since Friday, and while waiting to learn more about its transmissibility and dangerousness, South Africans should be vaccinated to avoid “hospitalizations, severe forms of illness, death“.

Only 23.8% of South Africans are completely inoculated. Much more than in the rest of Africa, but much less than the world average.

For the economy too, he called on the unvaccinated “to do so without delay“and to motivate those around them.”Too many people still express doubts“.

A team dedicated to the government is working on the idea of ​​”vaccination”compulsory for certain activities and in certain places“.”It would be a difficult and complex measure“but if we don’t act”with seriousness and a certain urgency“, the South Africans will stay”vulnerable to new variants“, he warned.

Almost three-quarters of the recently reported Covid cases in South Africa are due to the Omicron variant. The figures remain relatively low, around 3,000 new positive cases in recent days, far behind the official figures for several European countries in particular.

Botswana, the only African country to report Omicron cases with South Africa, has so far detected 19 infections with the new variant, the Minister of Health announced on Sunday evening. Edwin Dikoloti.