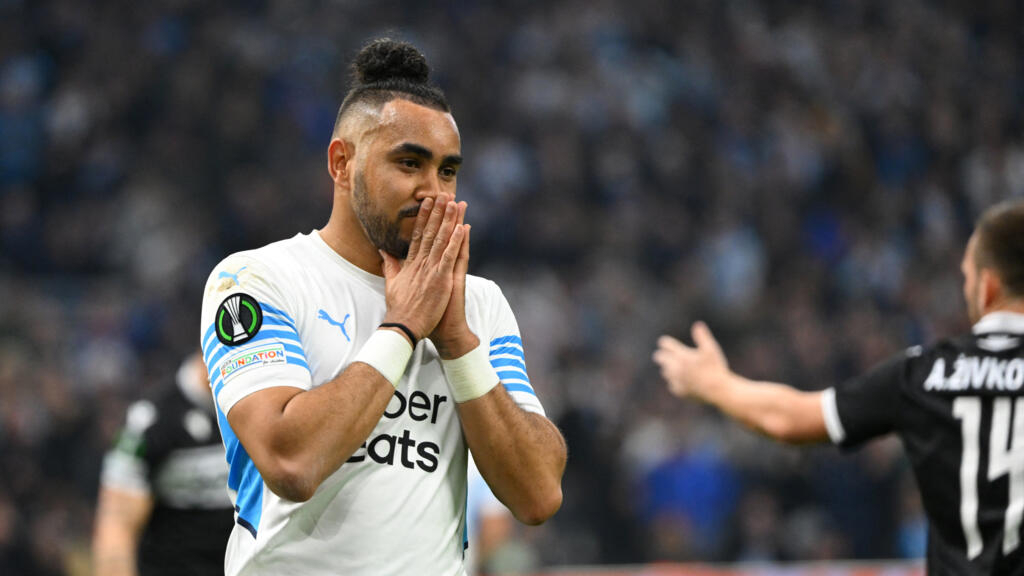 Olympique de Marseille faces Feyenoord Rotterdam on Thursday in the semi-final of the Europa League Conference. The opportunity for Payet’s teammates to enter the history of the brand new competition.

In the end, it’s not so bad, the Europa League Conference… A competition despised when its creation was announced, the C4 finally turned into a goal for Olympique de Marseille when it came to Rotterdam for the semi-final.

On the side of the Old Port, the evocation of this exotic competition, with Finnish, Armenian or Gibraltarian teams present in the group stage, aroused polite comments at best, mockery at worst – like everywhere on the continent.

For local fans, OM, winner of a Champions League in 1993, at least has its place on the floor above, in the Europa League. But, fell this year in a group with Lazio, Galatasaray, and Lokomotiv Moscowthe Provençal club did no better than third, and therefore discovered the C4.

The “small” European Cup, born 22 years after the disappearance of the Cup Cup (C2), ended up seducing as the competition progressed. Over the turns and the successesOM showed that the objective was indeed the title on May 25 in Tirana, to maintain their legend of being “forever the first”, as when they had become the first French club to win the prestigious C1.

“We don’t choose the competitions we want to win. I’m saying that this club, this city, these people need to win something,” Marseille coach Jorge Sampaoli said in December.

“We play to go to the end. (The C4) does not have the prestige of the C1 or the C3, but it’s still a European Cup and a trophy to win,” warned goalkeeper Steve Mandanda.

Another warm atmosphere in anticipation

After the Toumba stadium, the lair of PAOK Salonika, in the quarters, the Marseillais must prepare for a new warm atmosphere, at “De Kuip” (“the basin”, in Dutch). More than 48,000 fans are waiting for them.

Built in 1936 and renovated in 1994, De Kuip is a loudspeaker that resonates. The tifos there are often spectacular. The audience sings non-stop. The expression “twelfth man” is not an empty word: no player of the team will ever wear a number 12 flocked shirt, this one being reserved for the public.

But behind this passion that drives the more than 60,000 members of “The Legion” (the name of the assembly of supporters) hides a less rosy reality. A few groups of ultras, mainly the dreaded SCF Hooligans (Sport Club Feyenoord), bring together a few hundred troublemakers, accustomed to acts of vandalism and other brawls.

Several of them being banned from stadiums in the Netherlands, they most often shine during away matches in European cups, such as in 2015, when they ransacked a district of Rome or in 2019 for similar facts in Basel.

In France, fans of AS Nancy Lorraine still remember the trip to Rotterdam in 2006, when a few dozen supporters caused the interruption of a Europa League match after tearing up seats in the Marcel-Picot stadium and causing the police.

This season, the club has already been fined ten UEFA fines for a total amount of around 500,000 euros for the behavior of its supporters.

“As the matches against Olympique de Marseille on April 28 and May 5 approach, the club is therefore sending an urgent request to its supporters to prevent Feyenoord from receiving even more fines”, communicated the Rotterdam club. .

A request far from useless. In the previous round, incidents (ignition of smoke bombs, throwing of projectiles and blocking of stairs) had taken place during the home match against Slavia Prague on 7 April. The OM match had not been calmer. Incidents took place in Marseille between Greek supporters and Marseille fans. Proof if there is that the “small” European Cup unleashes passions.

OM can win everything… or lose

OM are used to major continental meetings. It will play its seventh European semi-final in its history on Thursday, a record for a French club. This season, the club can still win it all – a European title and qualification for the Champions League – or lose it all.

The Marseillais arrive in the Netherlands on the strength of a very important success in Reims (1-0), which allowed them to maintain their six-point lead in second place in the Ligue 1 standings, qualifying for the C1 . But four days from the end, these six lengths of margin on Monaco and Rennes do not guarantee anything.

On the ground, Marseille will have some certainties, carried by its series of ten victories in the last eleven matches. But many have been narrow and if OM often have control of the game, as their coach wants, they don’t always have a lot of margin or brilliance.

“With the way, it’s better, but what counts in these periods is to win matches”, still recalled captain Steve Mandanda after the victory snatched on Sunday in Reims.

While he should play in Rotterdam his 100and European match with OM, Mandanda has seen others and knows that if the end of the Marseille season is exciting and full of challenges, it can also end in blood sausage, as in 2017-2018. Rudi Garcia’s OM were then beaten by Atlético Madrid in the Europa League final and, after having been on the podium for a long time, ended up finishing fourth, missing out on the Champions League. Not to be reproduced.