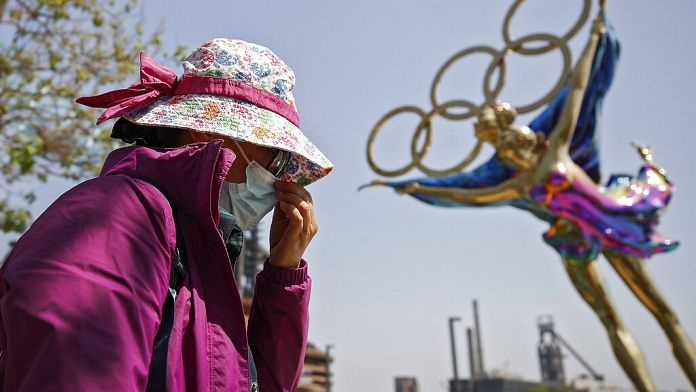 The IOC announces the color four months before the launch of the Beijing “s Winter Olympics. The events will be held without foreign spectators and will therefore be reserved for the Chinese public. And for the participants, only fully vaccinated athletes will be exempted from quarantine, and will integrate a strict bubble. The others will have to observe 21 days of isolation, unless derogated on a case-by-case basis with a “proof of medical exemption”.

The decisions, announced by the IOC but taken by Chinese organizers, are a foretaste of the package of measures that will be unveiled in October to prevent the Winter Games from becoming a hotbed of contamination, a threat that had already poisoned the preparations for this summer’s Tokyo Olympics.

The IOC said that allowing domestic fans “will facilitate the growth of winter sports in China by giving these spectators a direct Olympic and Paralympic experience of elite winter sports, while bringing a favorable atmosphere to the venues”.

“I think it is the right thing to do because foreign spectators can witness the live broadcast on television,” said Zhang Xinyu, 29, when questioned on Thursday at Beijing Olympic Park.

As the epidemic situation evolves – marked both by the spread of Covid-19 variants and by an increasingly extensive vaccination coverage – the options chosen differ from those of Tokyo: the closed door is for the time being excluded, and the treatment of athletes will depend on their vaccination status.

The Olympic “bubble” – a closed-circuit organization now familiar to the sporting world – which promises to be more rigorous than in Japan, will not allow mixing with the population, and provides for a daily Covid test for “all participants in the Games”, as well as “for the workforce” residing in China.

A tightrope walker in the sky of Paris