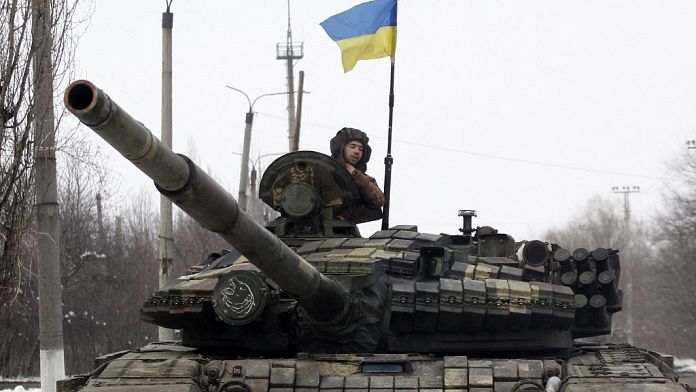 Dnipro in the sights of Russian forces

The Russian army extended its offensive on Friday to the large city of Dnipro, an industrial city on the Dnieper, a river which marks the separation between the partly pro-Russian East and the rest of the country.

“There were three airstrikes on the city, on a kindergarten, an apartment building and a shoe factory (…) where a fire then broke out”said the Ukrainian emergency services.

The Ukrainian capital as well as Mariupol, on the Sea of ​​Azov, Kryvy Rig, Kremenchug, Nikopol and Zaporizhie are the main areas where Russian efforts are still concentrated, according to the Ukrainian army. According to her, Moscow is seeking to eliminate Ukrainian defenses in several localities to the west and north of the capital, Kiev, to “block” the city.

ISS could fall due to sanctions (Roscosmos)

Western sanctions introduced against Russia could cause the fall of the International Space Station, said Saturday Dmitry Rogozin, the head of the Russian space agency Roscosmos, asking for their lifting.

According to him, the operation of the Russian vessels supplying the ISS will be disrupted by the sanctions, accordingly affecting the Russian segment of the station, which serves, among other things, to correct the orbit of the orbital structure. As a result, this could cause “+ the ditching + or + the landing + of the ISS weighing 500 tons”.

Zelensky appeals to the mothers of Russian soldiers

Ukrainian President Volodymyr Zelensky on Saturday called on the mothers of Russian soldiers to prevent their sons from being sent to “war” in Ukraine.

“I want to say this once again to Russian mothers. Especially, mothers of conscripts. Do not send your children to war in a foreign country,” Zelensky said, in a new video address released on Telegram.

“Check where your son is. And if you have the slightest suspicion that your son could be sent to war against Ukraine, act immediately” to prevent him from being killed or captured, he said.

Mariupol, a strategic port in southern Ukraine, surrounded and constantly bombarded by the Russians, is in a “desperate” situation, according to a senior MSF official, who calls for action to avoid “an unimaginable tragedy”.

“Hundreds of thousands of people (…) are literally besieged”, declares Stephen Cornish, the head of MSF Switzerland and one of the coordinators of the action of the NGO in Ukraine since the beginning of the Russian invasion February 24.

Joe Biden has announced that the United States and its allies have decided to exclude Russia from the normal reciprocity regime governing world trade, which opens the way for the imposition of severe customs tariffs.

The US president also wants to ban imports of Russian vodka, diamonds and seafood.

Emmanuel Macron warned, after the EU summit in Versailles, that the Europeans were ready to take “massive sanctions” against Russia if the war continued.

United States President Joe Biden pledged on Friday to “avoid” a “direct confrontation between NATO and Russia” because it would cause “World War III”.

“We are not going to wage a war against Russia in Ukraine,” hammered the American leader from the White House.

“A group of ten occupants kidnapped the mayor of Melitopol Ivan Fedorov”, indicated on its Twitter account the Rada, the Ukrainian Parliament. “He refused to cooperate with the enemy,” she added.

“This is obviously a sign of weakness of the invaders… They have moved to a new stage of terror in which they are trying to physically eliminate the representatives of the legitimate local Ukrainian authorities”, underlined Mr. Zelensky.

Syrian fighters on the Russian side

The Kremlin allows Syrian nationals to volunteer to fight in Ukraine. The volunteers are “above all nationals of the Middle East, Syrians”, specified the Kremlin.

“We have to go to meet them and help them reach the combat zone,” Vladimir Putin said.

War in Ukraine: according to kyiv, the Russian offensive is intensifying in the east

War in Ukraine: Moscow announces a ceasefire for the evacuation of civilians from Mariupol