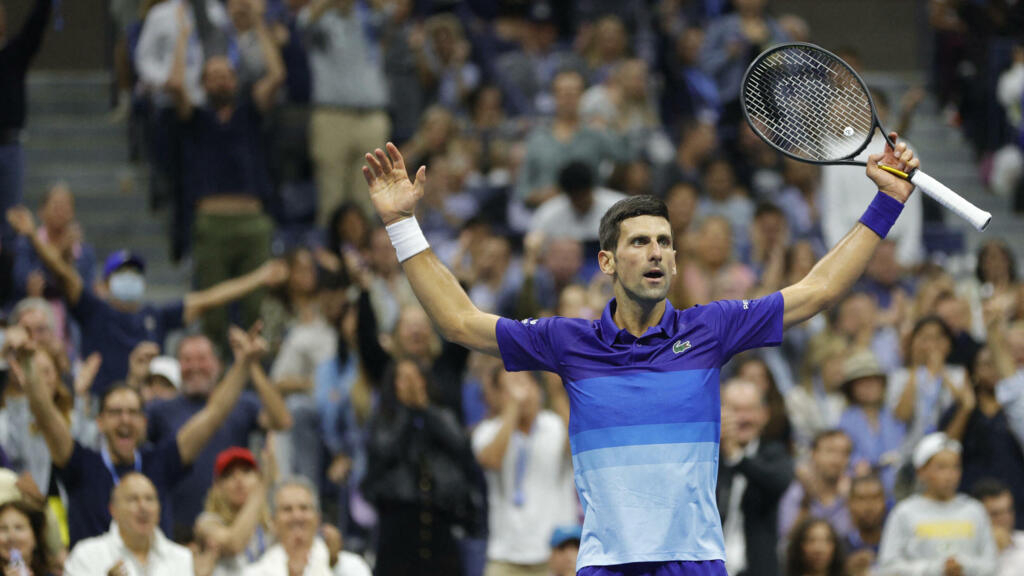 Qualified for the final of the US Open on Friday at the expense of Alexander Zverev, Novak Djokovic has only one match left to achieve the feat of winning all four major tournaments in the same year. The Serbian player promised to” give everything ” on Sunday against the world number 2, the formidable Daniil Medvedev.

One last game to make history. Novak Djokovic, winner in the forceps of Alexander Zverev (4e), Friday, September 10 in New York, opened the doors ofa Grand Slam on the year, by qualifying for the final of the US Open where the Russian Daniil Medvedev (2e).

“These are the moments we live for. These are the kind of unique opportunities we dream of when we are looking for motivation. I will play the next match as if it was the last of my career, ” the Serb reacted after his victory 4-6, 6-2, 6-4, 4-6, 6-2.

This performance that he can accomplish has not been successful since 1969 and Rod Laver, now 83 years old, who was present in the stands of the Arthur Ashe. The Australian saw the world No. 1 walk a little more in his steps, also driven by the possibility of bringing to 21 the record for the number of major titles collected by a single player, surpassing Roger Federer and Rafael Nadal.

So here is “Nole” more than a walk away from achieving a monumental feat, certainly the greatest in the history of the Open era, among gentlemen. If he succeeds, the 34-year-old Serb will no longer be challenged, in terms of the record at least, the status of “GOAT” (Greatest player of All Time) of tennis.

“Only one game left. I will put my heart, soul, body and head in it,” he promised.

Before taking on Zverev, the Serb, rightly expecting “a tough battle”, had warned that he would be” ready to face him five sets, five hours, whatever it takes”, ensuring to be the best in such matches.

He proved it, even if the fight did not last as much, since he won in 3 hours 33.

After the loss of the first set, Zverev showing himself solid on his commitment and aggressive, Djokovic immediately reacted, as in the previous rounds where he had also had to recover this handicap. And it was not this fabulous point, finally lost after 53 blows from both sides, that was going to prevent him just behind to pocket the third round.

The German, who in turn led, two sets to one, did not disappoint, certainly having in mind the scenario of the semi-final at the Tokyo Olympics, where he had reversed the situation against Djokovic, opening the way to a gold medal. And he managed to even two sets everywhere.

Since his victory in Japan, Zverev has lined up 16 victories, winning the Cincinnati Masters 1000. A series that stopped there, because the world No. 1 has raised his level again in this 5th round where he feels so strong.

He grabbed his helpless opponent by the throat, who hardly saw the games go by and found himself leading 5-0. Valiant, the German broke through once, showing courage, and talent, in other sumptuous exchanges that will have delighted the Arthur-Ashe court.

But Djokovic, as the only champion that he is, did not let him hope for a moment more and forced his fate, receiving, during a huge ovation from the public, words certainly of respect spoken in his ear by his rival.

He will therefore face Medvedev, who easily qualified for his second final at Flushing Meadows by defeating Canadian Félix Auger-Aliassime 6-4, 7-5, 6-2 (15e).

“If I get there, I will probably be somewhere in the history books as having been the one who did not let him do it,” he stressed, promising to “give everything” on Sunday.

But the Russian, beaten in 2019 at this stage by Rafael Nadal after an epic five-set fight, has energy to spare, as he has passed his rounds in less than two hours on average.

But he knows that the last time they faced each other was in the final of the Australian Open and “Nole” then folded the case in three sets, without raising an eyebrow.

The latter was then, perhaps he knew, embarking on his greatest march towards history.