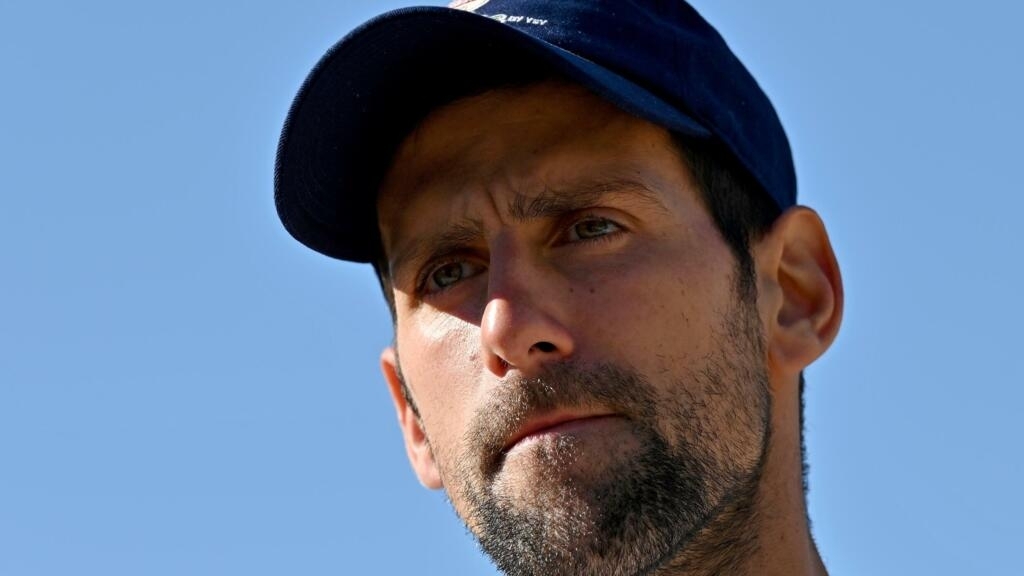 Novak Djokovic, who was denied entry to Australia on Thursday, amid an outcry over an initial decision to grant the Serbian tennis player a medical exemption so he can compete in Melbourne in the first Grand Slam tournament of the season without showing proof of vaccination, has filed a lawsuit against the decision of the Australian authorities to cancel his visa and to expel him from the country.

World tennis number one Novak Djokovic was refused entry to Australia on Thursday January 6 amid an outcry over an initial decision to grant the Serbian player a medical exemption so he can participate in Melbourne at the first Grand Slam tournament of the season without proving his vaccination against Covid-19.

World tennis number one Novak Djokovic challenged the Australian authorities’ decision to cancel his visa and expel him from the country on Thursday, a new episode in a saga that turned into a diplomatic incident.

According to a judicial source, a Melbourne magistrate, Anthony Kelly, was due to examine Thursday at 4 p.m. (5 a.m. GMT) the request of the Serbian, detained by the immigration services in Melbourne since his arrival Wednesday evening with the intention of participating in the Australian Open.

Djokovic’s incredible trip “Down Under” sparked a diplomatic mishap, with Serbian President Aleksandar Vucic accusing Australia of “mistreating” the champion.

Novak Djokovic was all smiles to announce his departure for Melbourne on his Instagram account on Tuesday. But the Serb, who had opposed compulsory vaccination and whose vaccination status is unknown, was finally disillusioned.

His visa was canceled, with Australian Customs explaining that “(Novak) Djokovic did not provide the appropriate information to enter Australia” and that “foreign nationals who do not have a valid visa or whose visa has been canceled will be detained and deported from Australia. “

The fate reserved for “Djoko” has gone badly on the side of Serbia. Its chairman Aleksandar Vucic, claiming to have spoken to the world’s No.1 on the phone, wrote on Instagram that “all of Serbia was with him [Djokovic]”and that” the authorities were taking all necessary measures to put an end to the ill-treatment of the best tennis player in the world as soon as possible “.

“In the first plane”

Novak Djokovic, silent on his vaccination status, was already in the crosshairs of the Australian political class since he announced that he had obtained a medical exemption to participate in the Australian Open (January 17-30).

If the evidence to support this waiver is “insufficient”, then Novak Djokovic “will not be treated any differently from anyone else, and he will return home by the first plane,” Australian Prime Minister Scott Morrison warned. .

Tennis Australia boss Craig Tiley, also director of the first Grand Slam of the year, however claimed that the world No.1 was not given any preferential treatment to obtain the waiver, in a supervised process. by the Australian authorities and those of the State of Victoria.

A total of 26 players or members of their staff, out of the 3,000 expected in Australia, have requested an exemption and only a few of them have obtained it, he revealed. According to Craig Tiley, the two commissions responsible for examining exemption requests do so without knowing the identity of the applicants.

Already winner of 20 Grand Slams, like Roger Federer and Rafael Nadal, Novak Djokovic was aiming for a 21e record title in Melbourne. The Australian Open is his favorite tournament: it is in Melbourne that the Serbian won his first Grand Slam (2008), and no player has won there as much as him (nine wins).

For months, “Nole” had cast doubt on his participation in the first Grand Slam of the year, due to the obligation for players to be vaccinated against Covid-19 to enter Australia.

Novak Djokovic spoke in April 2020 against compulsory vaccination, then considered to allow the resumption of tournaments. “Personally, I am not for vaccines. I would not like someone forcing me to be vaccinated to travel,” he said at the time.

He finally announced Tuesday that he had obtained a medical exemption allowing him to make the trip to Australia. The country’s regulations provide for this type of exemption in five specific cases (having contracted Covid-19 in the previous six months, serious medical contraindication …) but the federation, invoking medical confidentiality, refused to say which one is ‘applied to Novak Djokovic.

His trainer Goran Ivanisevic posted on Instagram a photo of him and other members of his staff waiting at the airport while the player was questioned by immigration services.

“It’s not the most ordinary trip Down Under,” commented the former Wimbledon champion.