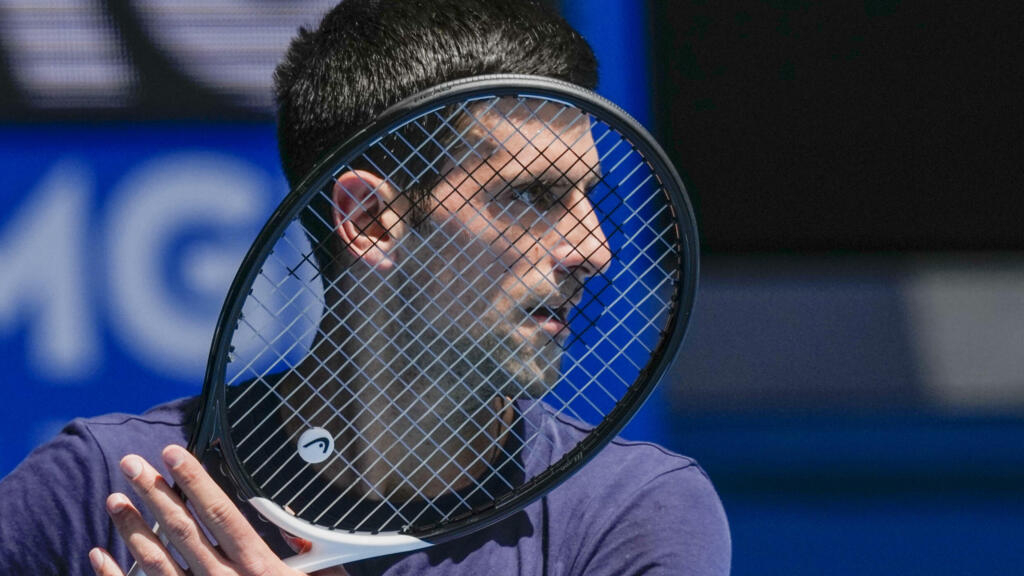 After seeing his visa canceled by the Australian authorities due to his vaccination status, tennis star Novak Djokovic returned to administrative detention on Saturday. A final summary hearing is scheduled for Sunday in federal court. A new episode that seriously compromises his participation in the Australian Open on Monday.

Return to detention box for Novak Djokovic. A convoy of vehicles, one of which was most likely carrying the world number one tennis player, left the offices of his lawyers – where he spent part of Saturday January 15 under the surveillance of border police officers – for head towards the Park Hotel.

Novak Djokovic was returned to administrative detention in Melbourne after the cancellation of his visa for the second time by the Australian government. The country’s authorities maintain that the player, not vaccinated against Covid-19, constitutes a “health risk”.

After the first failure earlier this week of a deportation procedure targeting the Serbian tennis star, the Australian government has made a new attempt. But Djokovic intends to fight to the end against this decision and an interim hearing is scheduled for Sunday before a Federal Court.

This new twist in a saga that began on January 5, when Djokovic was turned away upon his arrival in Melbourne, makes it increasingly unlikely that the 34-year-old Serb will participate in the Australian Open, which starts on Monday. Novak Djokovic is seeking a 10th victory in this tournament, which would constitute a record 21st Grand Slam title.

On Saturday, Spanish tennis player Rafael Nadal lashed out at his rival, saying “the Australian Open is far more important than any player”, while saying he “disagrees with a lot of things he’s been up to for the past two weeks.”

Accused of “triggering an upsurge in civil unrest”

A few hours earlier, the Minister of Immigration, Alex Hawke had estimated in a document presented to justice that the presence in Australia of Djokovic “could encourage anti-vaccination sentiment” and “trigger an upsurge in civil unrest”.

The Serbian player, not vaccinated had entered the country, thinking he would get a waiver after contracting Covid-19 in December. The champion is also accused of not respecting the rules of isolation and of having crowded after being tested positive in December and knowingly.

The player is only authorized to leave the detention center to follow, online, the legal hearings concerning him from the offices of his lawyers, and under the surveillance of border police officers.

This is the second time the Australian government has attempted to oust Djokovic from the country. Also for the star, the dreams of a 10th title in Melbourne are all the more distant as this visa cancellation, if confirmed by justice, implies that Djokovic will be banned from entering the country for three years, except in exceptional circumstances.

This twisty soap opera around the tennis champion takes place in a country whose inhabitants have endured for almost two years some of the strictest anti-Covid restrictions in the world, and where elections are scheduled for May. Hence a charged political context. Pressure has intensified around Conservative Prime Minister Scott Morrison, accused of “incompetence” by the Labor opposition.