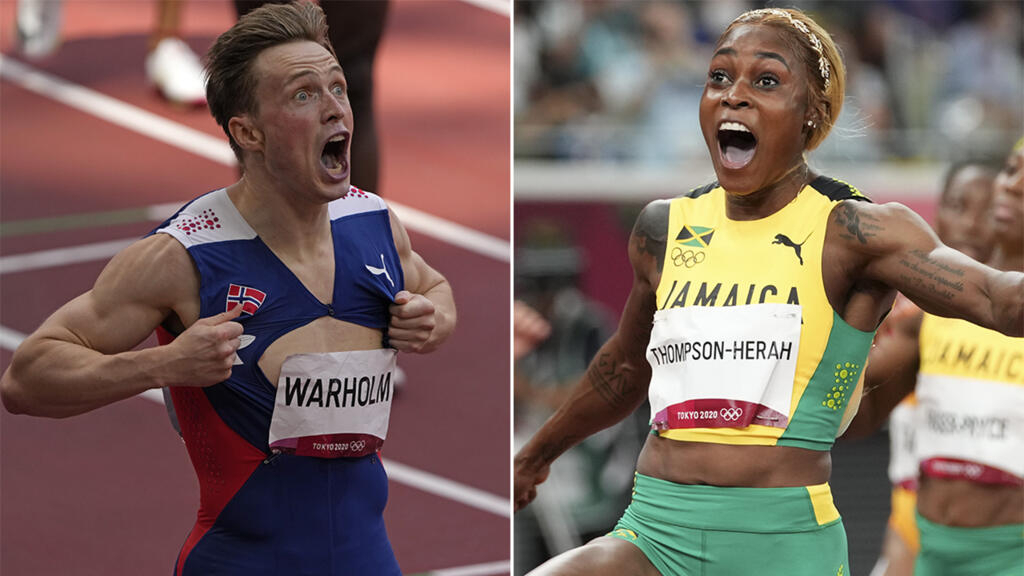 Olympic champion in the 400m hurdles in Tokyo by shattering the world record, the Norwegian Karsten Warholm was named male athlete of the year on Wednesday by World Athletics. Jamaican Elaine Thompson-Herah, three-time Olympic champion in Japan, was elected among the women.

In this year 2021 marked by Tokyo Summer Olympics, planned last year but postponed by 12 months due to the Covid-19 pandemic, the performances achieved in Japan have logically proved to be decisive in the attribution of the titles of athlete of the year. This was confirmed in Monaco on Wednesday 1er December with the results of World Athletics, the international athletics federation.

Unsurprisingly, two of Tokyo’s most beautiful stars have been honored by the institution: hurdler Karsten Warholm and sprinter Elaine Thompson-Herah.

Warholm, a Norwegian in history

On the men’s side, Karsten Warholm had some fine competitors against him, including Swedish jumper Armand Duplantis, 2020 athlete of the year, and Kenyan marathoner Eliud Kipchoge, elected in 2018 and 2019. The 25-year-old Norwegian was named athlete. male of the year, four months after his feat on the Tokyo track.

In the 400m hurdles final, Karsten Warholm shattered his own world record. A month earlier, he had already beaten the previous best time set in 1992 by the American Kevin Young: 46”70 against 46”78. But in Tokyo, Warholm achieved what is considered one of the greatest performances in athletics history.

At the end of a fierce fight with his American rival Rai Benjamin, the Norwegian tore himself away to grab the gold medal with a crazy time: 45”94. Since the introduction of electronic timing in the early 1970s, the 400m hurdles world record has never seen such phenomenal progress (76 hundredths).

“Winning this award was my dream. I’m so proud! I thank everyone who supports me and congratulate all the other winners and nominees,” he wrote on his Instagram account. Karsten Warholm is the first Norwegian athlete of the year.

Among the women, Elaine Thompson-Herah was the big favorite, also with the Venezuelan Yulimar Rojas in ambush. The latter, awarded in 2020, had a strong argument with her Olympic title and her world record for the triple jump. But it is the Jamaican rocket that has been favored by voters.

In 2016, Elaine Thompson-Herah had already shone at the Olympic Games in Rio de Janeiro by adorning herself with gold in the 100m and 200m, as well as with a silver medal in 4 x 100m. In Tokyo, the 29-year-old sprinter did even better by going for the most beautiful metal over the three distances. And besides his titles, there are also his established stunning stopwatches.

Over 100 m, Elaine Thompson-Herah ran in 10”61 in the final of the Olympics, and especially in 10”54 a few weeks later; it is the second best performance of all time behind the 10”49 of American Florence Griffith-Joyner established in 1988 in suspicious circumstances, between suspicion of doping and possibly defective electronic equipment. Same scenario over 200m: with a time of 21”53 in the final of the Games, Elaine Thompson-Herah is also the second fastest in history behind Florence Griffith-Joyner (21”34). Capturing these records is one of his goals.

“A lovely way to cap off a beautiful and historic season with my first athlete of the year trophy. I am amazed to see how the Lord has guided me throughout the year,” the Jamaican wrote on her Instagram account. She is the third athlete from her country to receive this award after Merlene Ottey (1990) and Shelly-Ann Fraser-Pryce (2013).