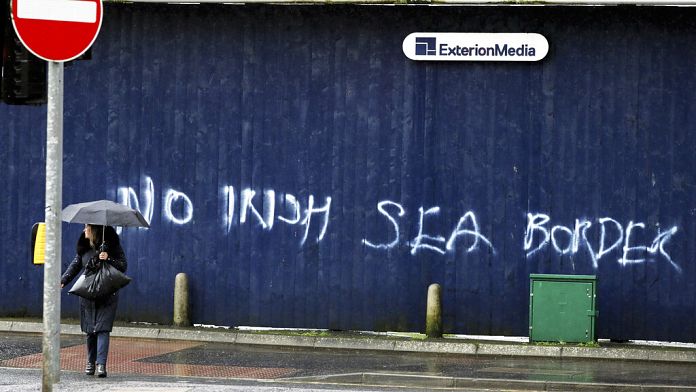 The Northern Irish Minister of Agriculture ordered his services on Wednesday to cease post-Brexit controls on the food industry at midnight, an instruction whose concrete consequences and legality raise questions, in full negotiations between London and Brussels.

The effective entry into force of Brexit a year ago saw the introduction of checks on goods arriving in Northern Ireland from Britain.

Designed to prevent the re-establishment of a physical border with neighboring Ireland which would risk undermining the peace concluded in 1998, the northern irish protocol maintains the British province in the European single market and customs union.

Northern Irish Unionists, including the Minister of Agriculture Edwin Pootsof the ultra-conservative DUP party, denounce these controls as a border in the Irish Sea which threatens the place of the British province within the United Kingdom.

Edwin Poots (DUP) ordered the head of his administration to stop agri-food controls at midnight on Wednesday in the ports of the British province. It is unclear whether or not this instruction will be followed, with some within the DUP itself arguing that the administration is under a legal obligation to carry them out.

Edwin Poots for his part assured that he had taken “legal advicein this regard and argues that the checks require local executive approval which is lacking.

Irish Foreign Minister Simon Coveney denounced a “violation of international law“.”It’s playing politics with legal obligations“, he declared in front of the senators in Dublin.

The Deputy Prime Minister of Northern Ireland Michelle O’Neillfrom the left-wing Republican Party Sinn Feinmeanwhile denounced on Twitter a move by the DUP to “illegally interfere with national and international law”.

All three months before crucial elections in May, where Sinn Fein, in favor of a referendum within five years on the reunification of the island, is given the lead in the polls.

The controversial Northern Irish protocol is currently the subject of intense negotiations. The British Foreign Secretary Liz Truss due to speak on Thursday in a call with the vice-president of the European Commission Maros Sefcovic.

Under pressure from unionists who demanded progress by February 21, the date of the next meeting of the United Kingdom EU joint committee on the implementation of the Brexit agreement, the head of British diplomacy posted last week during a trip to Northern Ireland to quickly make “significant progress“.