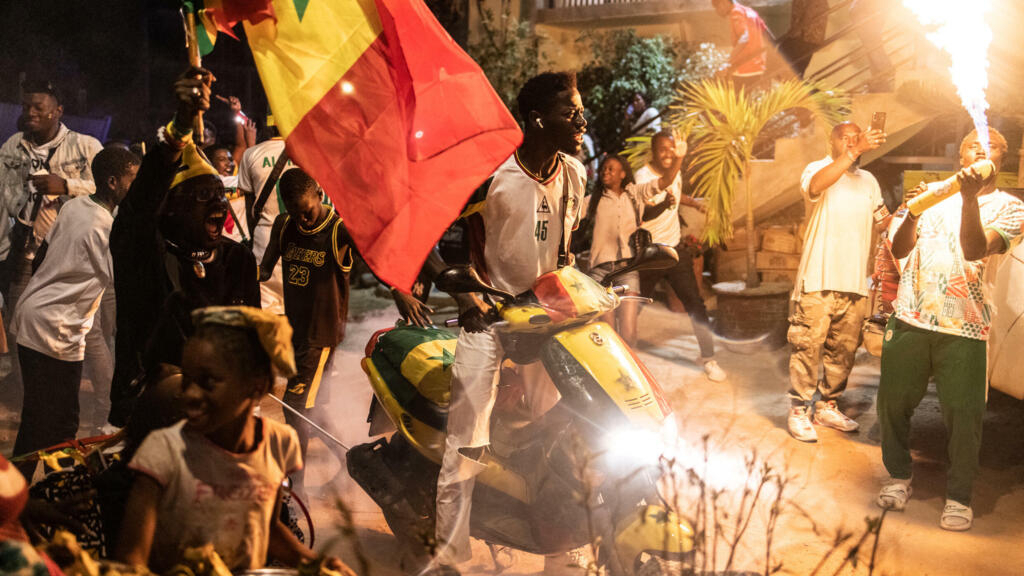 In Dakar, it was the explosion of joy, Sunday evening, after the final of the African Cup of Nations in Yaoundé, where Senegal won against Egypt on penalties. The Senegalese celebrated their team’s first title.

“African champions. What a match! What a team! You did it. A great moment of football, a great moment of communion and national pride. Congratulations to our heroes.” Like all Senegalese, President Macky Sall paid tribute, on Twitter, to the Lions of Teranga, winner of the first CAN of their history, against Egypt, Sunday February 6, in Yaoundé.

A huge roar resounded in the Senegalese capital when the star of the team, Sadio Mané, scored the winning penalty in the penalty shootout (0-0 ap, 4 tab to 2). Hundreds of supporters, dressed in Senegal jerseys, flocked to Place de l’Indépendance, near the Presidential Palace in the administrative center of Dakar, where police had erected barriers.

A festive atmosphere took hold of the entire city of Dakar and its suburbs, amid the flags of Senegal, hung on buildings, on vehicles, on arteries and sidewalks, in several neighborhoods. The places vibrated to the sound of horns, vuvuzelas, whistles, cries of joy, firecrackers sometimes illuminating the sky, or even dances and songs to the glory of the selection.

“The best day of my life”

The atmosphere was crazy, at the Renaissance Monument, a monumental statue that dominates Dakar from the area of ​​the Mamelles district, at the foot of which a fanzone was installed. People hugged in the middle of the bonfires after the penalty shootout.

“I’m happy. It’s the best day of my life,” said Modou Ba, a car wash. “We waited a long time. (The cup) is finally here! We really needed it,” added another resident, Seydou Nourou Diop.

At the foot of the monument, the supporters then left the fanzone to reach the street, some standing on cars including pick-ups, mingling with the crowd which came out to participate in the celebration.

Let’s go for a long night of celebration in Dakar…

Basketball – NBA: The truths of James Harden on the Kyrie Irving case!