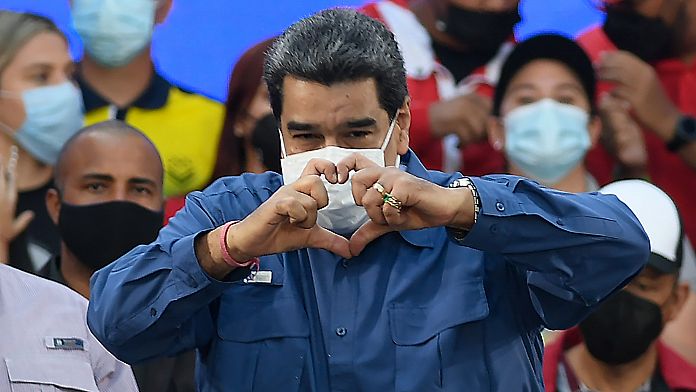 “Venezuela is with Putin, he is with Russia. He is with the courageous and just causes in the world”, these are the words of Venezuelan President Nicolas Maduro who assured his Russian counterpart of his support in the crisis in Ukraine.

The fear of a military escalation in Ukraine has been at its peak since Vladimir Putin on Monday recognized the independence of the secessionist entities of Lugansk and Donetsk, located in the east of this country.

Nicolas Maduro recalled that his predecessor and mentor Hugo Chavez (1999-2013) had supported Russia when it recognized the independence of South Ossetia in 2008 during the conflict with Georgia.

“Always Venezuela, always the Chavista revolution with Putin, with Russia, with the Russian people”added President Nicolas Maduro, saying that the United States and “NATO intends by military means to finish with Russia”.

Russian Deputy Prime Minister Yuri Borissov, who was in Caracas on Friday, stressed that Caracas was a “strategic partner of Russia (…) in this situation of growing instability.”

Moscow is one of the main allies of President Nicolas Maduro, whose re-election in 2018 was not recognized by part of the international community and in particular by the United States, which seeks to oust him from power.

Moscow and Caracas came together under the presidency of President Hugo Chavez, Venezuela, then flourishing thanks to oil production in the firmament, notably buying weapons from Russia.