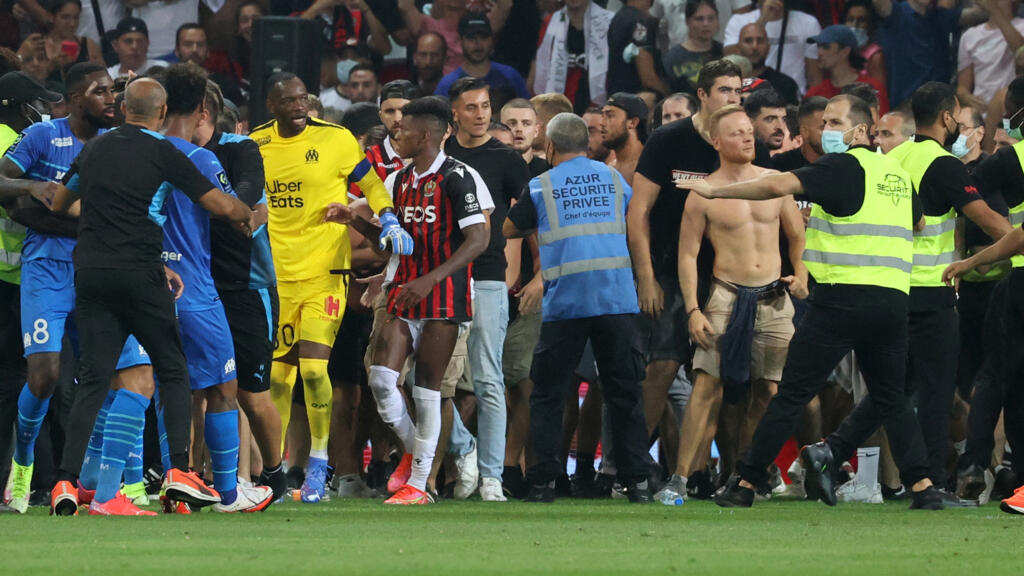 The Nice supporter, author of a kick in the direction of Dimitri Payet during the general brawl during the football match Nice-Marseille at the end of August, was sentenced Thursday to a year in prison suspended and five years of stadium ban.

The Nice supporter having attacked Dimitri Payet during the football match Nice-Marseille at the end of August received, on Thursday, September 30, a one-year suspended prison sentence and a five-year stadium ban. This sentence, pronounced by the criminal court of Nice, is less than the requisitions of the prosecutor, who had asked for a year of imprisonment of which six months firm.

Tony Calzoni, 28-year-old interim and supporter of OGC Nice since his childhood, escapes prison, but his sentence is accompanied by a two-year period of probationary follow-up, a “care obligation” and he will have to justify “work or training”.

“There is no firm imprisonment, we have not heard an example,” said the president, during the rendering of the deliberation.

The Nice supporter is also banned from the stadium “for five years, the maximum ban”, added the president. He will have to “point at the police station during each meeting between Nice and OM”, but he will be exempt for the other matches of OGC Nice.

“It is a decision that seems to me balanced and proportionate and below the requisitions of the public prosecutor”, reacted Me Benjamin Taïeb, lawyer of the supporter, who “will not appeal”: “The five-year stadium ban is completely legitimate, so my client is satisfied with this decision”, he added.

On August 22, during the 3e Ligue 1 match, the match Nice-Olympique de Marseille had been permanently interrupted at the 78e minute, while Dimitri Payet, the Marseille playmaker, who was about to shoot a corner, was the target of the Nice ultras fans.

Hit in the back by a plastic water bottle, Dimitri Payet had returned the projectile to the audience. Dozens of Nice fans had invaded the pitch, causing a general fight between fans, players of both teams and members of the management of both clubs.

According to the video recordings, Tony Calzoni had been the first to invade the lawn and had headed with his foot forward towards Dimitri Payet. “I went down to demand accountability and explanation. I saw several players around me and I panicked,” he had justified himself during the hearing on September 22.

At the time of these serious incidents, Nice led 1-0. But the match will be replayed on October 27 on neutral ground and a point was withdrawn at OGC Nice.

Another Nice supporter, accused of having made a Nazi salute at the same meeting, will be tried on October 13.

spain brings Italy back to earth and qualifies for final