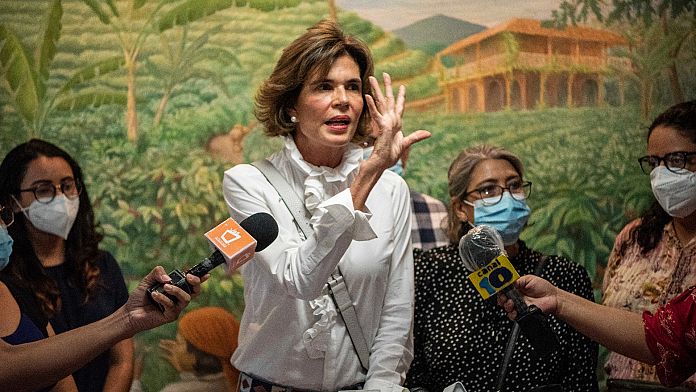 The main opponent in Nicaragua, Cristiana Chamorro, was sentenced Monday to eight years in prison: she thought she would defeat Daniel Ortega in the presidential election of November 2021 but she was arrested six months before and placed in house arrest on the orders of Nicaraguan justice.

Found guilty on March 12 of money laundering and embezzlement, Cristiana Chamorro, 68, will remain under house arrest, according to the Nicaraguan Center for Human Rights (Cenidh).

The charges brought by the government of President Daniel Ortega had prevented her from participating in the November presidential election for which she was given favorite by polls.

According to the court, which tried her behind closed doors for seven days in the sinister El Chipote prison, the alleged acts were committed through the Violeta Barrios de Chamorro Foundation (FVBCH), a press freedom training and defense center that Cristiana Chamorro directed for twenty years.

The foundation was used to receive money from abroad intended to destabilize the government of Daniel Ortega and his vice-president and wife Rosario Murillo, according to the prosecution.

Cristiana Chamorro’s brother, Pedro Joaquin Chamorro, also convicted, was sentenced to nine years in prison, which he will have to serve in El Chipote prison where he has been detained since his arrest.

Sentences of up to 13 years in prison were imposed on two former employees of the FVBCH, as well as Ms. Chamorro’s driver.

Thirty opponents have already been declared guilty, of whom now more than twenty have been sentenced to terms ranging from 8 to 13 years in prison. One of them, Hugo Torres, a Sandinista guerrilla hero who turned to opposition to Daniel Ortega, died in hospital custody in February.

The election of Daniel Ortega is not recognized by most of the international community, in particular by the Organization of American States (OAS), the United States and the European Union, on the grounds that the Nicaraguan elections were not democratic.

The stock market plummets, the price of oil soars, the war in Ukraine worries the markets