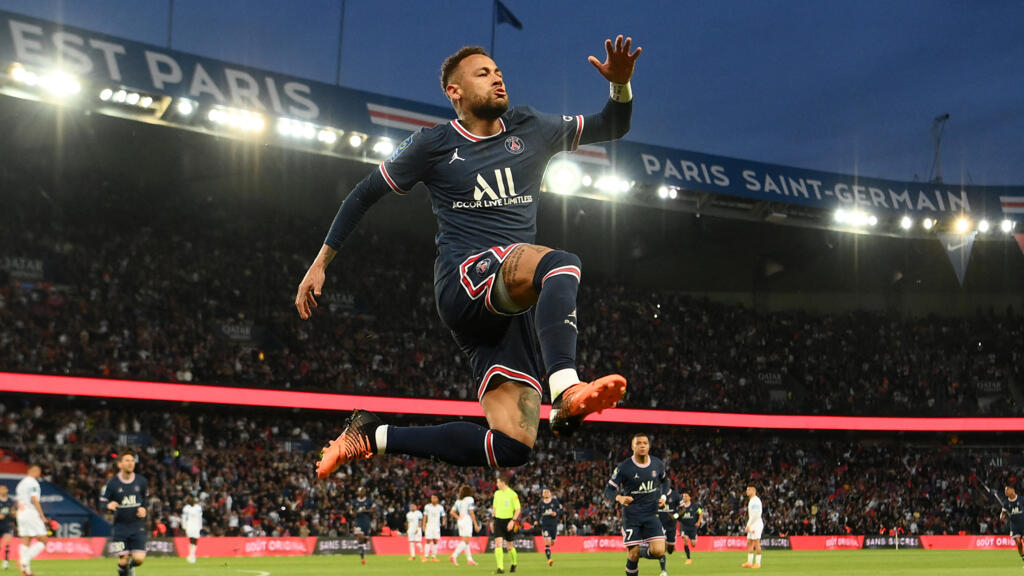 Paris Saint-Germain beat Olympique de Marseille (2-1) thanks to an excellent Neymar while Karim Benzema was once again decisive with Real Madrid against Sevilla (3-2) by scoring the goal of victory.

Paris Saint Germain took a big step towards a historic tenth Ligue 1 title by beating Olympique de Marseille (2-1)in particular thanks to a Neymar who did everything to make himself loved by the supporters of the Parc des Princes, Sunday April 17, during this shock of the 32and daytime.

The Parisians have increased their lead to 15 points over their runner-up and rival Marseille and can be crowned on Wednesday if they do better in Angers than OM against Nantes.

“Ney” has a lot to do with this Parisian victory with a goal and a penalty kick, scored by Kylian Mbappé.

For its part, Lyon has recovered well from its Europa League elimination by humiliating Bordeaux (6-1), a great success which allows him to hope for qualification next season for European competitions.

With a triple of Cristiano Ronaldothe 60and of the career of “CR7”, Manchester United made an excellent operation in the race for the Champions League by beating Norwich (3-2).

After four wins in a row, Spurs were surprised by Brighton, who have nothing more to hope for or fear from the season. With this defeat, Tottenham still keeps the 4and place with 57 points, but they are only 3 points ahead of the Gunners, who have one game in hand, and Manchester United.

In the standings, Manchester City remains the leader with a point ahead of Liverpool, who eliminated their rival in the title race on Saturday in the FA Cup semi-final (3-2).

Led 2-0 after half an hour of play, Real Madrid ended up turning the tide against Sevilla FC (3-2) thanks to a goal from Karim Benzema in the final seconds, came to conclude a nice movement to three. With 39 goals in 39 matches in all competitions, the French international is a favorite in the race for the Ballon d’Or this season.

Real Madrid are now 15 points ahead of FC Barcelona, ​​Sevilla FC and Atlético Madrid, who won against Espanyol Barcelona (2-1) thanks to Yannick Carrasco. Author of a double, the Belgian scored the winning penalty after a hand in the box, validated by video arbitration, at the very end of the game.

Juventus (4and) had to wait to be eleven against nine to snatch the equalizer against a tough Bologna (1-1), Saturday during the 33and day, offering the opportunity to Roma (5and) to get closer to the Top 4 if successful on Monday in Naples.

Dusan Vlahovic popped up to register his 23and goal and avoid an embarrassing loss at home against 13and of the rank. The Serb extended with a header a scissor recovery from Alvaro Morata (90and+5).

Lazio (7and) missed the opportunity in the evening to resume the 5and place, jostled by Torino, before equalizing in extremis in added time (1-1). Thanks to Ciro Immobile, author of his 25and goal of the season and therefore his 180and in Serie A. He joins Fabio Quagliarella as top scorer in activity.

After his elimination in the Champions League, Bayern Munich regained some color in the league by going to beat the poorly ranked Arminia Bielefeld on Sunday (3-0). He is now nine points ahead of Dortmund (72 to 63), while in the fight for the podium, RB Leipzig, by winning on the lawn of Leverkusen (1-0), overtook their opponent of the day in the ranking.

As Borussia Dortmund had outclassed Wolfsburg on Saturday (6-1), with Haaland again scoring after three months of scarcity, the scene is therefore in place for an exciting “Klassiker” next Saturday.

In the event of a victory over Borussia, the Bavarians will have a twelve-point lead with three games to go from the end of the season. It will therefore be the assurance of a 32and title, and a glorious new page from the Bayern legend.

the stadium will not be reused for the quarter-finals